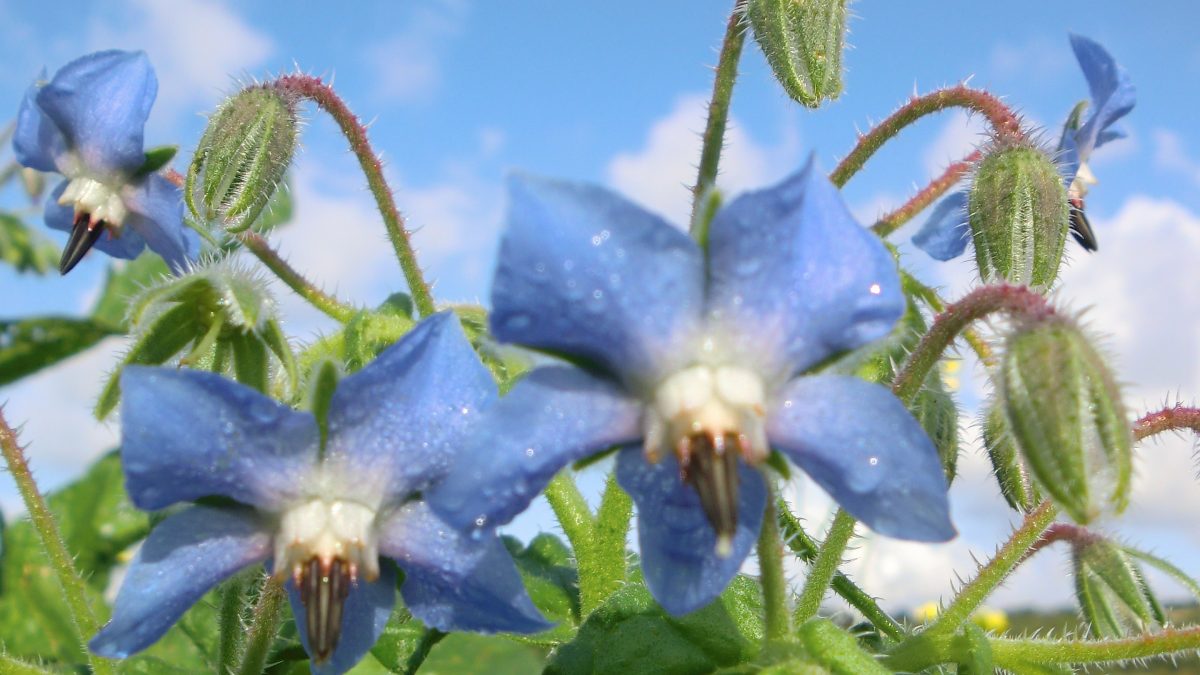 The Maltese Islands are home to over 1100 recorded plant species. With the extensive stretch of cliffs and the rupestral communities, the coastal landscapes are magnificent. The garrigue community is the most characteristic vegetation assemblage in the Maltese Islands, and each community has unique plant species. Along the garrigue of Dingli Cliffs and the surroundings, one may find the typical plant of the Borage, with several culinary and medicinal values.
The Borage (Borago officinalis, Fidloqqom), whose tiny blue star-shaped flowers with five petals are edible, is abundantly found in the Maltese countryside. This plant is actually native of the Middle East and has spread over the Mediterranean, Northern Europe, North Africa and more.
The medicinal value of this plant has been recognised since Ancient times, as a brew from the borage was given to gladiators and crusaders before battles and long journeys. In ancient Roman Times, the borage was used to lower fever and tr eat bronchitis. This plant has also been traditionally associated with good well-being. In Malta, old medicinal traditions of the borage include its use for treating coughs, however it is also beneficial as a tonic and anti-inflammatory.
The flavour of borage resembles that of cucumber. Leaves can be eaten raw in mixed salads, whilst stems can be cooked. The Cliffs Centre makes its utmost to promote this herbal plant using both the leaves and flowers depending on the season. The borage soup is made with fresh borage leaves when in season, whilst the Ravioli Borage are a pasta dish filled with the borage leaves. Through such gastronomical dishes, The Centre is fulfilling its aim of instilling awareness about the natural environment of Dingli Cliffs. Gastronomy is used as a means to educate people on local produce and traditions, representing the unique menu “A new concept…local produce”.
Furthermore, The Centre is first to offer free rural eco-walks, consisting of free audiovisual and free guided walks all year round with seasonal schedules, as an authentic, hands-on, informative and enjoyable experience, whilst showcasing the surrounding places of historical and environmental interest. http://www.thecliffs.com.mt/