Wild Garlic Blooms and culinary use 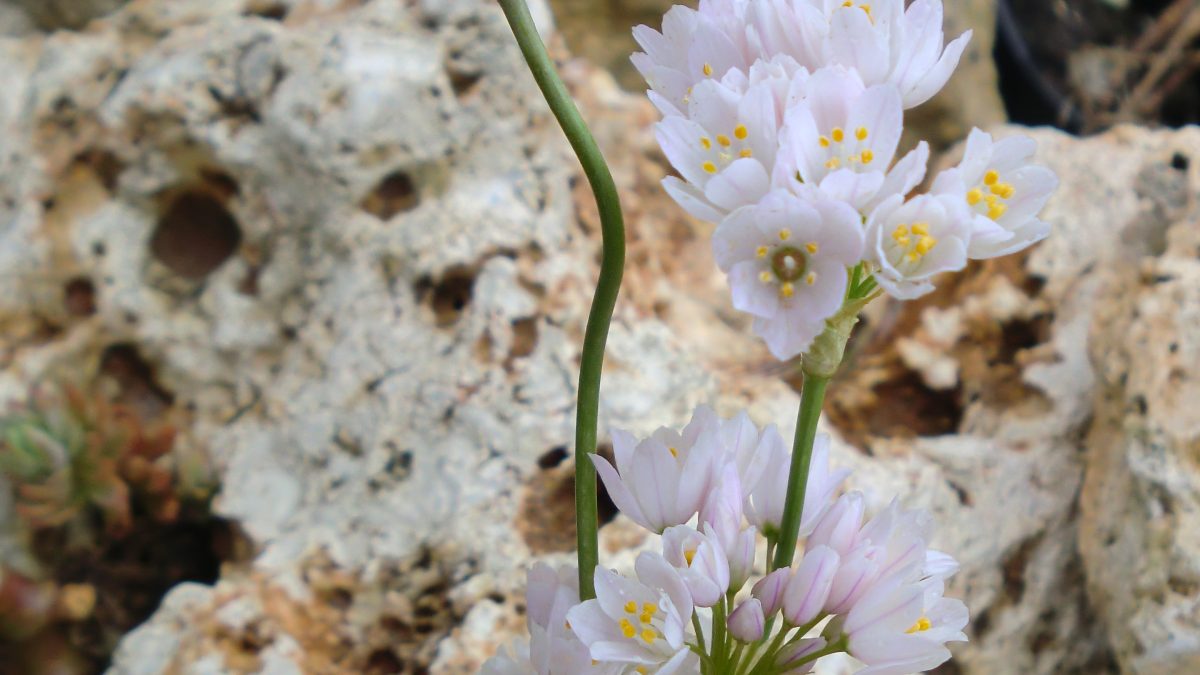 The garlic is amongst the most common ingredients of the typical Mediterranean cuisine. Being a versatile seasoning, garlic complements many savoury dishes and it has been used for cooking and medicine for several thousand years.
The use of garlic dates back thousands of years – being consumed by the Ancient Greeks and Romans.
The garlic forms part of the Allium family, which groups several different types of plants ranging from the cultivated onion, garlic, shallot, leek and chives. Allium comes from the Greek aleo, meaning ‘to avoid’ because of the pungent smell of the garlic.
Although the garlic is grown on a cultivated basis, the garlic may also grow in the wild in areas where it has become naturalised, the process by which a non-native species spreads and continues to reproduce in the wild. In fact, in the Maltese Islands there are about 16 different species of Allium, amongst which is the common Hairy Garlic (Allium subhirsutum, Tewm Muswaf Salvaġġ). Both the flowers and the leaves are edible.
This species with white flowers prefers moist rocky places within the garrigue habitat of small spiny aromatic shrubs. The wild garlic can be easily recognised by its pungent smell, typical of the garlic.
Garlic itself has been traditionally used as a cure for various ailments. Recent studies also focus on the garlic’s benefits in the treatment of cardiovascular diseases, cancer and the common cold. During the hard times of World War II, the Maltese used to eat the garlic raw as a disinfectant and antiseptic.
Whilst flowers and leaves are edible, the kitchen of The Cliffs often uses the wild garlic flowers as a garnish, adding a garlic punch to food dishes.