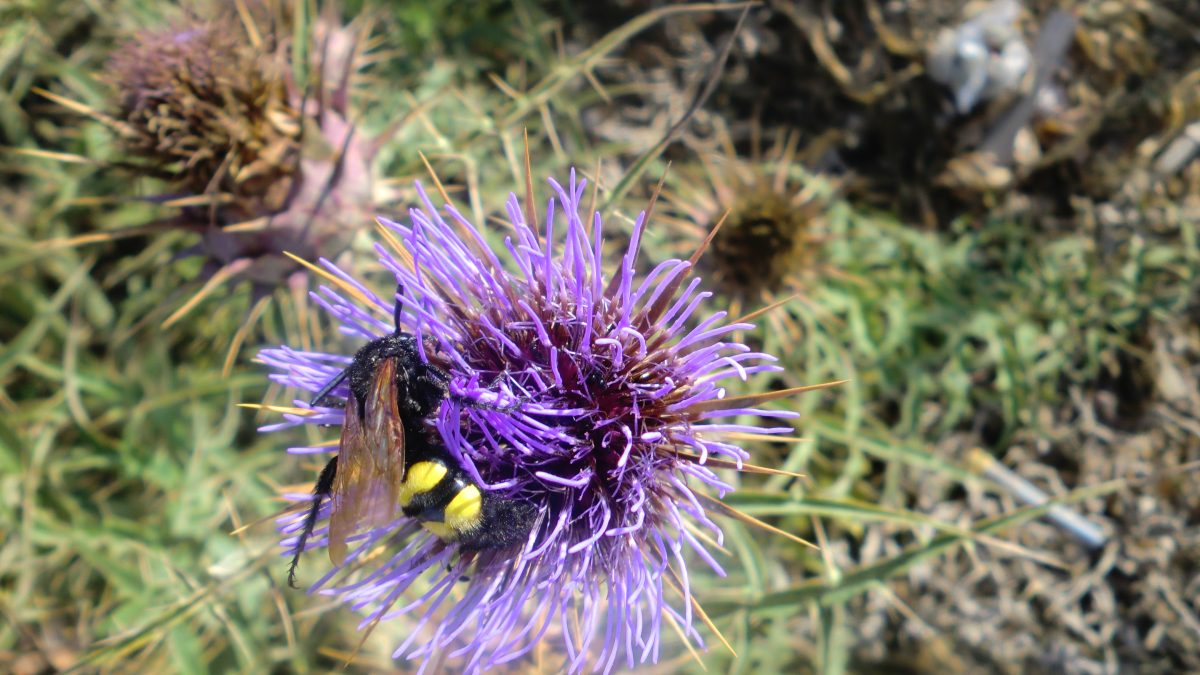 The surrounding garrigue is already indicating summer conditions. Only patches of green grasses remain, otherwise several plants have already dried up. But, the purple blooms of the Wild Artichoke still add some colour to the landscape.
The Wild Artichoke (Cynara cardunculus, Qaqoċċ tax-Xewk) is a wild variant of the edible Globe Artichoke. This thistle-like plant is in fact part of the sunflower family of plants, and is naturally present in the Mediterranean region. The leaves of both the wild and cultivated varieties show the distinction between these plants, since the former is spinier and full of thistles.
This plant has several adaptations to our hot, dry summers – it is a herbaceous perennial with rigid spiny leaves to deter herbivorous animals.
This plant was already used in the 4th century BC by Ancient Greeks in their cuisine. In fact, both the flowering bud and stalk are edible. It is also said that in traditional Malta, the wild artichoke leaves were used for medicinal purposes and used as a tonic against fever. At The Cliffs, the cultivated globe artichoke features as one of the refreshing starter dishes, alongside typical local Maltese produce – sundried tomatoes, capers and olives.