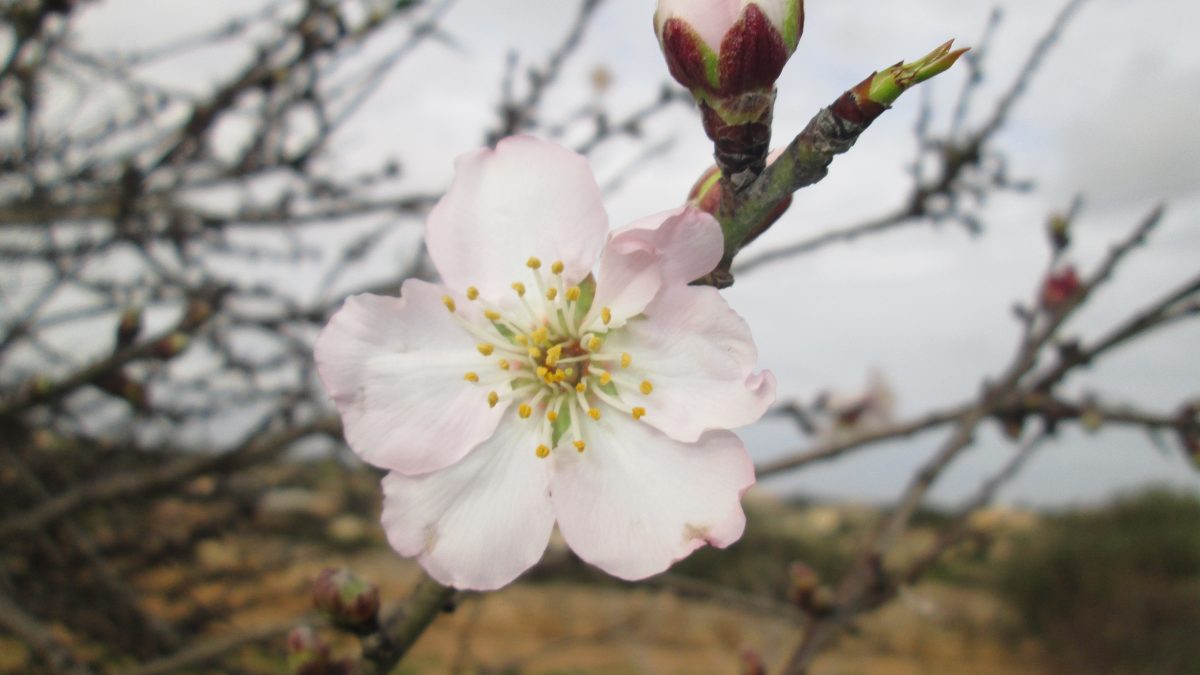 Almond trees at Dingli Cliffs and the surrounding countryside are now welcoming the New Year in their own particular way. The flowers of the Almond trees are now appearing, leading to glorious almond blossoms. The early flowering is often seen as a symbol of promise and watchfulness, with flowers blooming before the appearance of the new leaves.

The Almond Tree (Prunus dulcis, Lewża) is one of the oldest introduced and naturalised trees, and the early blooming of the flower is mentioned up to ten times in the Hebrew Bible as a symbol of watchfulness.

Other flora that can be noted during this time of the year includes the indigenous Borage (Borago officinalis, Fidloqqom) with its distinct bluish flowers. Infusion of this abundant plant been traditionally used in Malta to soothe coughs. Borage also has culinary value since the blue flowers are edible, and the leaves may be eaten. Another edible plant that is found in the Dingli countryside during this time of the year is the Stinging Nettle (Urtica membranacea, Ħurrieq). Whilst touching the leaves leads to a sting, boiling the leaves has both medicinal and culinary purposes.

One way of innovating local produce at The Cliffs Interpretation Centre is the making of soups from local produce, such as borage soup or nettle soup, always subject to availability and when plants are in season. Another authentic way of discovering the surrounding nature of Dingli Cliffs is to join us in one of our FREE tours, which promote the environment, history, archaeology, gastronomy and local produce of Dingli Cliffs in a relaxing and invigorating walk.