Welcoming the first fruits of the season: Loquats 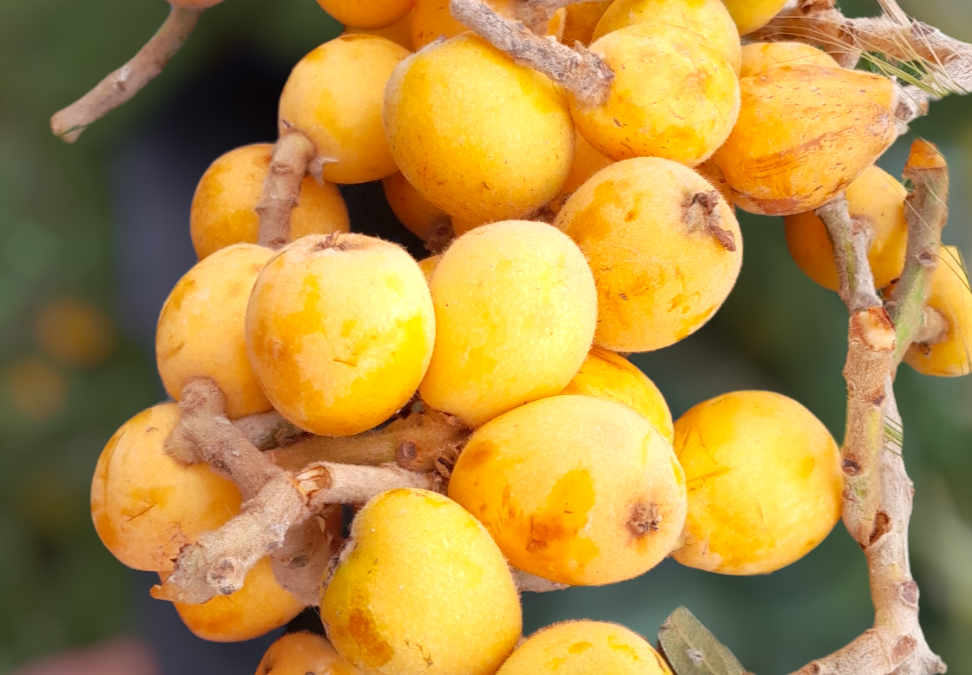 The Loquat is a species of flowering place in the Rosacea family, which includes peaches, apricots, cherry, prunes and more. The loquat (Naspli, Eriobotrya japonica), is also known by other names, such as Japanese plum, Japanese medlar, Maltes plum, etc  and is actually indigenous to southeastern China, where related tree species can be found growing in the wild. It was introduced in Japan and has been cultivated there for over 1000 years.

Its presence in the Mediterranean region can be described as introduced, after which the plant became naturalised or cultivated for its edible fruit. The first European record of the Loquat dates back to the 16th century, when the fruit tree was described in a natural history book about China. In Malta, this tree species was probably introduced in the middle of the 19th century and it was first planted in Buskett. The loquat trees that are still found at Buskett Gardens, close to the walking trail formulated by The Cliffs Interpretation Centre, are the direct descendants of the original trees.

The loquat seasonal cycle is different from other traditional fruit crops, since it blooms in autumn between October and December, develops fruits during the winter and ripens in early spring. In fact, whilst other trees are able to withstand drought during the growing summer season, the mechanism of the loquat is of “drought escaping” since it has a different phonological cycle.

This small evergreen tree, which often remains low, starts producing fruit after about 4 years. The tree thrives in deep well drained soils and can live up to 80 years. The loquat fruit is the first fruit of the season in the Maltese Islands, characterised by a thin yellow-orange rind enclosing a whitish pulp. The fruit can be between 3 and 5cm long and can be described as both sweet and slightly acidic.

Loquats may offer a variety of health benefits – they are high in nutrients, packed with plan compounds, have a high concentration of vitamins and antioxidants, and more. The loquat was even used in traditional medicine with the leaves and fruit having astringent properties. The Cliffs Centre produces the authentic Loquat and Wild Fennel jam when the fruit is harvested in April.