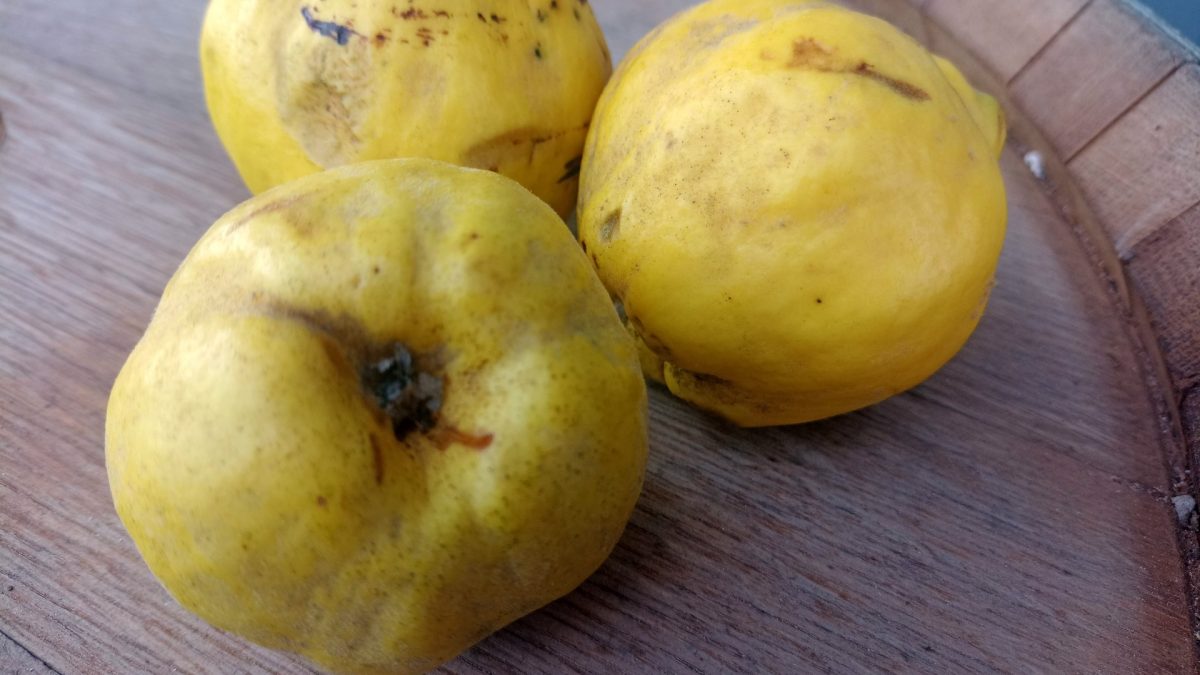 Well into autumn, one of fruits which makes an appearance is the Quince, not a typical cultivated tree.  Actually, the Quince Tree (Cydonia oblona, Sfejġel) is a naturalised tree introduced in the Maltese Islands over 500 years ago and which has now adapted to growing on its own in the wild.

The tree is actually native to Southwest Asia, and although it was first cultivated for its fruit, it later became naturalised in the wild, and is today encountered rarely. The single attractive pink blooms appear in the spring, and the produced fruit ripens in late autumn. The irregularly shaped quince fruit resembles a pear or an apple in shape, in fact all three are cousins from the same family – the rose family.

Not normally eaten raw, the fruit is naturally bitter and astringent. However, the cooking process releases a sweet fruity fragrance. What is unique about the quinces is that the fruit contains much more natural pectin than any other fruit. Pectin is the ingredient that makes jelly gel. Did you know that the name “fruit marmalade” is derived from the Portuguese name for quince, which is mamo? Some even speculate that quince was the forbidden fruit in the Garden of Eden.

The fruit is credited for many medicinal remedies, due to its nutritional benefits ranging from high soluble fibre and high Vitamin C content which tends to stimulate the immune system, controls blood cholesterol level, protects from heart disease and much more. Traditionally in the Maltese Islands, the quince is used to soothe an irritated stomach and against diarrhoea – it is said that a teaspoon of quince jam can be dissolved in boiling water for the relief of intestinal discomfort!!