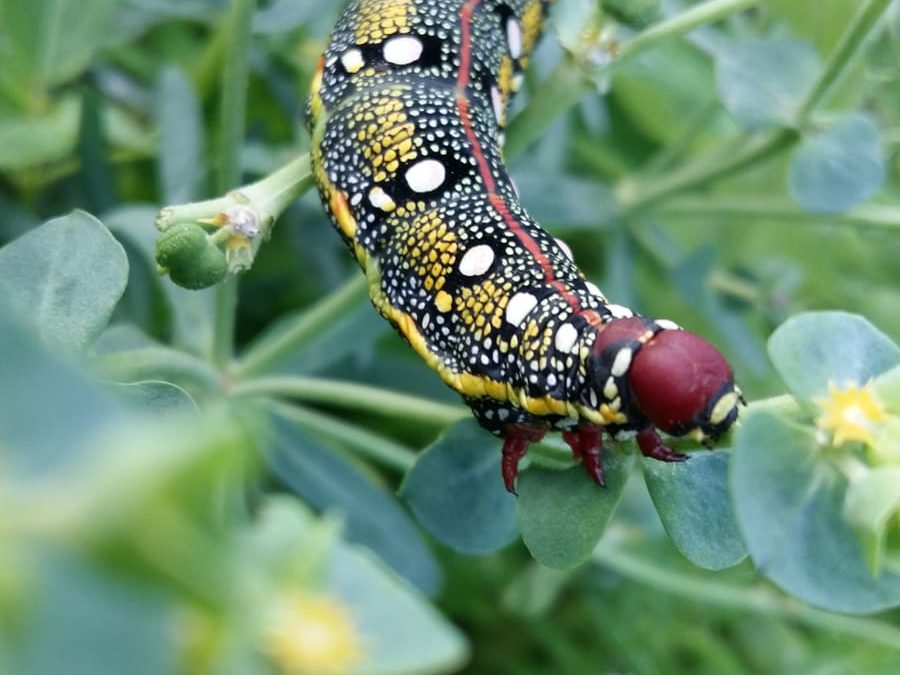 The caterpillar of the Maltese Spurge Hawksmoth (Baħrija tat-Tengħud, Hyles sammuti) lives on the spurge plant, by feeding on the leaves. The spurge plant is typical of the Maltese Islands, which often thrives in garrigue vegetation communities. This wild plant defends itself from herbivores such as goats and sheep, by producing a toxic milky-white liquid. The poison found in the plant is used by the caterpillar of the Spurge Hawkmoth, which accumulates the poison in their body to protect itself from predators. In fact, the bright colour of the caterpillar is due to the assimilation of poison from the plant to their body. In Malta, the species of the spurge hawksmoth is protected since it is endemic  and can only found in the islands. The caterpillar is smooth and black with several white dots and a coral line than runs from its head to back. A fully grown caterpillar may be about 10cm long.

In their adult life form, hawk moths are large sized with narrow wings and stout bodies. They have powerful wings built for speed, over long distances. Some hawkmoths can fly at 50 kilometers per hour and are among the fastest insects. In the Maltese Islands, this species is endemic.