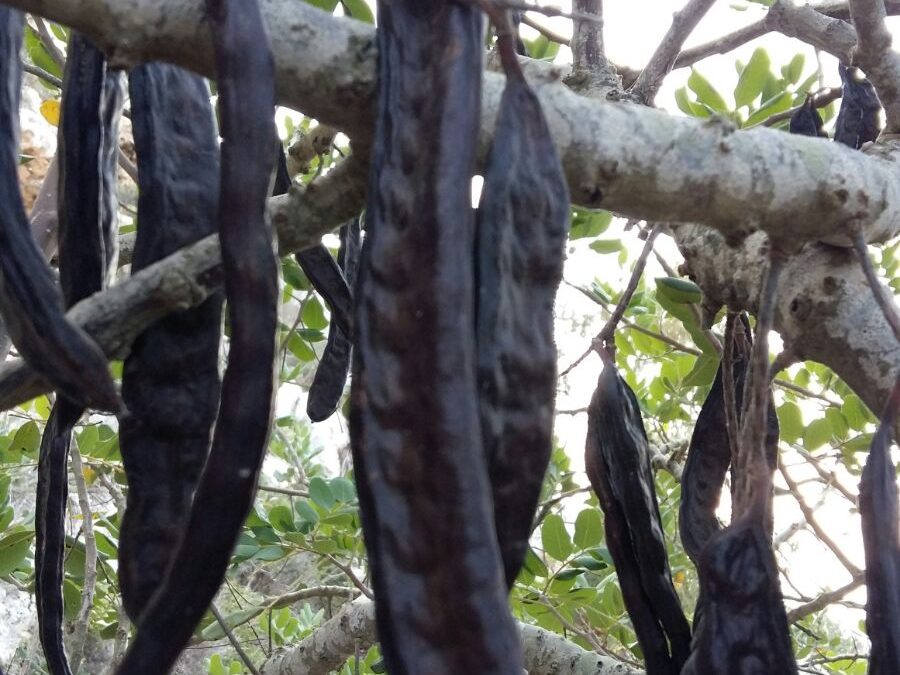 One of the characteristic and widespread tree species of Maltese maquis habitats is the Carob Tree (Siġra tal-Ħarrub, Ceratonia siliqua). The name comes from the Greek word to refer to a horn, due to the shape of the seed pod.

Being indigenous to the Mediterranean region, the carob tree has numerous adaptations, amongst which are deep roots and some leaves shed all year to act as dried organic matter for nutrient cycling. The carob is even part of the local linguistic idiom, often associated with longevity, in idioms such as “xiħ daqs ħarruba”. The carob tree is thought to have been introduced in the Maltese Islands in antiquity and later becoming part of the landscape.

Traditionally, the tree has been used as fodder crop, but during the second world war, it was used for human consumption, as a supplement to rationed food. The carob is also relevant for the honey industry, since carobs provide food to honey bees. In fact, carob honey, which is harvested in November, follows the blooming of the carob flowers. Carob is quite nutritious and a great source of vitamins, protein, iron and calcium. The Cliffs Interpretation Centre produces and packages the carob syrup (Ġulepp tal-Ħarrub) which has been used to soothe sore throats and ease coughs when diluted in hot water and lemon juice.