The Wild Artichoke in full bloom at Dingli Cliffs 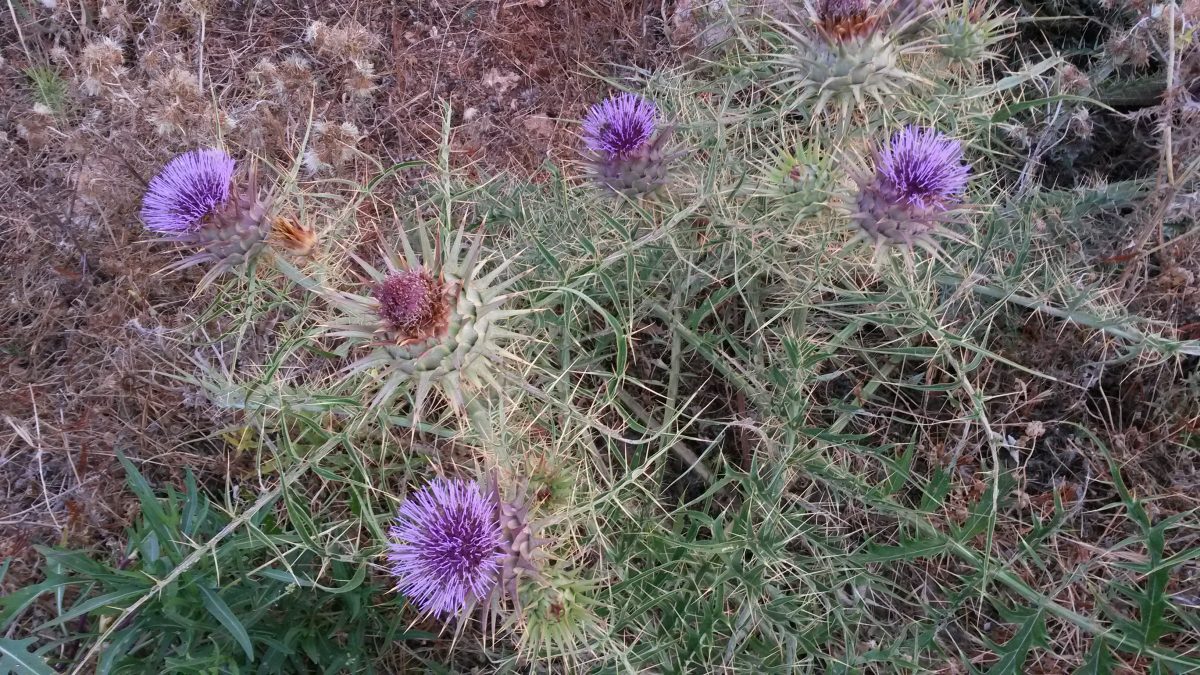 Did you know that the garrigue in Dingli Cliffs is now covered by the bloom of the Wild Artichoke, which is the wild variant of the Globe Artichoke?
The wild artichoke (Cynara cardunculus, Qaqoċċ tax-Xewk) is a thistle-like plant in the sunflower family. The presence of the wild artichoke is natural in the Mediterranean region, related to a history of domestication of the globe artichoke since ancient times. The wild plant is easily identifiable from the cultivated globe artichoke because the former has a spiny appearance.
The plant can grow up to 1m in height, and the leaves have rigid spines to protect the plant against grass-feeding animals. The flower heads, violet-purple in colour are often solitary or on branched stems. The flowers attract a large number of pollinating insects, ranging from wasps, bees, beetles and more.
The wild artichoke can be eaten, both the flower buds and the stems. In fact, the ancient Greeks and Romans used the wild artichoke for food. It has also been said that in the Maltese Islands, the leaves of the wild artichoke have been traditionally used for medicinal purposes and used as a tonic, to combat high fever and more. The wild artichoke is also used a digestive or in liquors. Another interesting use of the wild artichoke abroad is in cheese production.