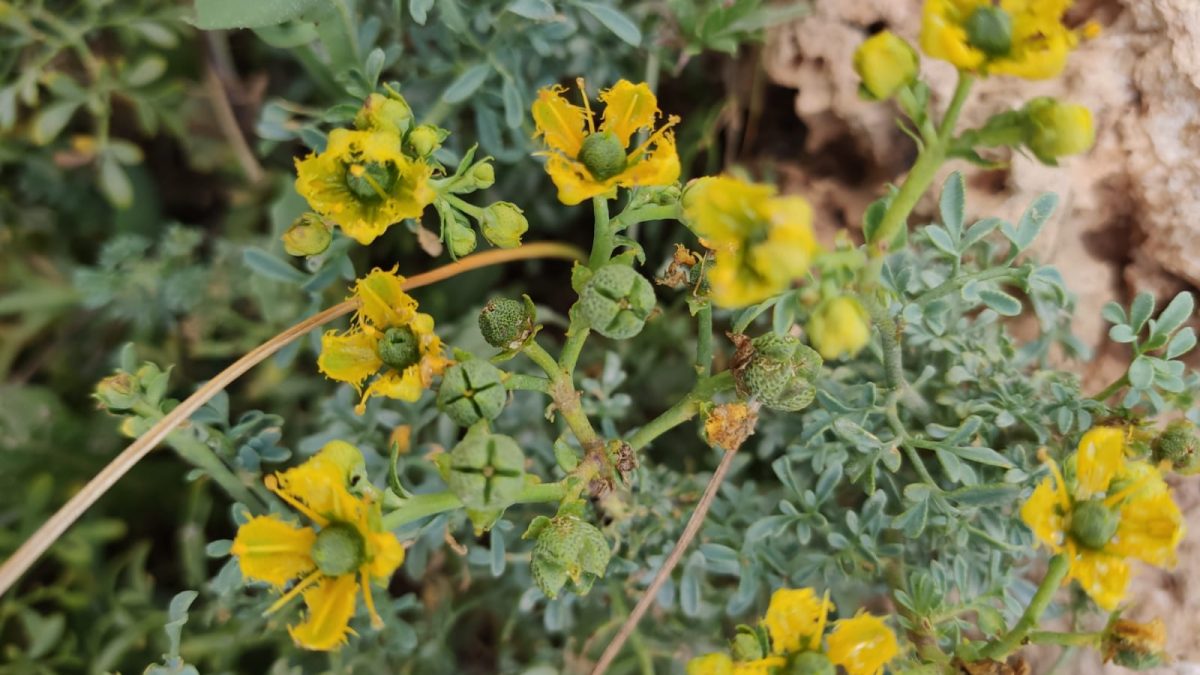 The rue or citrus family of flowering plants include numerous species, perhaps the most familiar being the Citrus, including orange, lemon, grapefruit, tangerine and lime. Another notable species, well-known in the past due to its medicinal uses is the Wall/Fringed Rue (Ruta chalepensis, Fejġel).

The plant is indigenous to the Mediterranean region but is today distributed worldwide. It is even cultivated in the tropics as a herb or medicinal plant! Growing up to 80cm tall, the Wall Rue is a strong-smelling plant with silvery-green leaves. The flower inflorescence consists of a cluster of flowers, each bright yellow petals with rolled and fringed edges.

The medicinal and culinary properties of this plant are attributed to the presence of essential oils in all parts of the plant. Even the strong deterrent odour of the plant comes from the oil glands in the leaves.

It was used extensively in the Middle Eastern cuisine in the old times and even in ancient Roman times as a herb. However, due to its bitter taste, it is no longer used in culinary dishes. In parts of Greece, Italy and Croatia, rue is still used as a traditional flavouring for liquors.

The caterpillar of the largest butterfly in the Maltese Islands, the endemic Swallowtail Butterfly (Papilio machaon melitensis ) can sometimes be encountered feeding on the leaves of the Wall rue. In fact, one of the several Maltese names for this butterfly is Farfett tal-Fejġel.  Female butterflies lay eggs on rue or fennel plants, and when the caterpillar hatches, it feeds on the leaves of the same plant until it pupates. In the historical folk medicine of the Maltese Islands, the Wall Rue was commonly used to treat skin disorders, minor wounds, ophthalmic disorders, ear infections, pain and inflammation caused by rheumatic pain and arthritis. Rue leaves were mixed with warm cooking oil and applied over ailments. Even in modern scientific medicine, leaves and young stems have been reported to contain alkaloids, amongst which is rutin with powerful antioxidant properties.