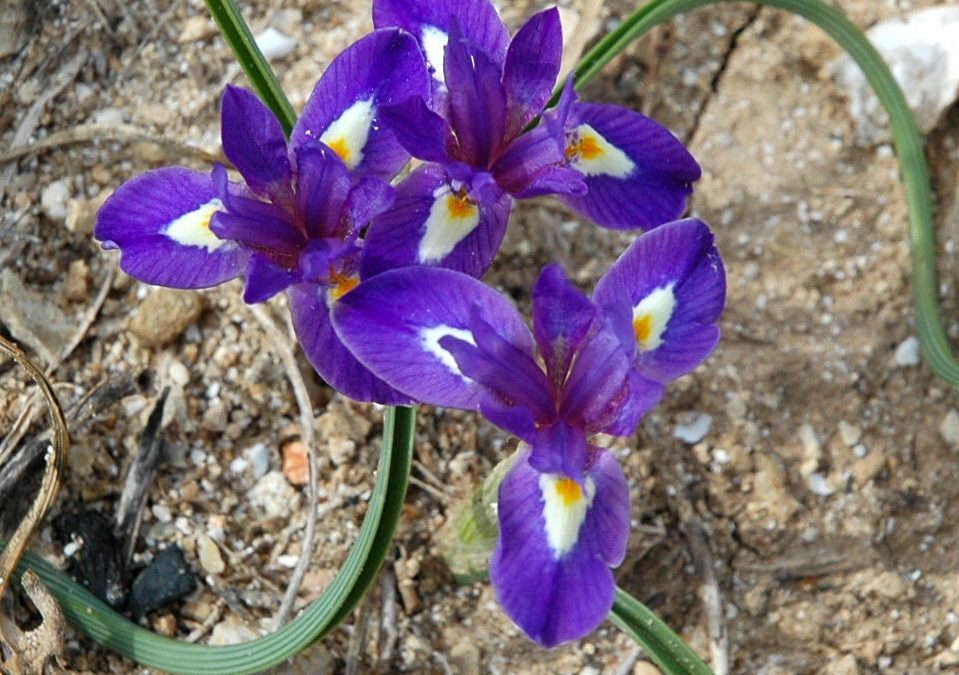 The Barbary Nut Iris (Fjurduliż Salvaġġ, Moraea sisyrinchium) is an indigenous flower which can be frequently encountered in the coralline plateaux of Dingli Cliffs and the surrounding garrigue countryside between April and May. It can also be found throughout the Mediterranean and Southern Europe.
The plant is actually a miniature, whose pretty purplish/blue flowers with whitish and yellowish centres are quite-short lived. In fact, flowers open in the afternoon and close at sunset and by the next morning, they already become withered. The 2cm flowers don’t open unless the day is warm.
The Barbary Nut Iris forms part of the Iris family, which contains over 2000 flower species distributed throughout the world, amongst which are irises, freesias and crocuses. The word Iris actually refers to the Greek word for rainbow, named as such most probably because the irises have a wide variety of flower colours. All Irises are perennial plant, which grow from bulbs, underground storage organs for storing energy or water and to survive adverse weather conditions.