The unmistakable sound of summer…from the Cicada 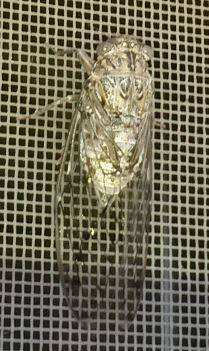 Heard everywhere in summer is the songs of the male Cicada (Cicada orni, Werżieq ta’ b’inhar). This insect is the most active during the hottest times of the day, that’s why it sings throughout the day. The sound originates from the blur-speed vibration of part of this winged insect’s abdomen.

The cicada appears when the larvae dig out of the soil and climb onto trees. Upon metamomorphisis, the cicada turns into its adult life form. Only males sing to attract females to mate. Eggs are laid in the soil and these hatch in late summer. The newly hatched-larvae spend the majority of their lives in the soil.

This winged insect makes one of the loudest animal soils, but it is difficult to see one, since when threatened cicadas stop singing.  Once mating occurs, adult cicadas start dying. That’s why end of summer is characterised by such a silence.