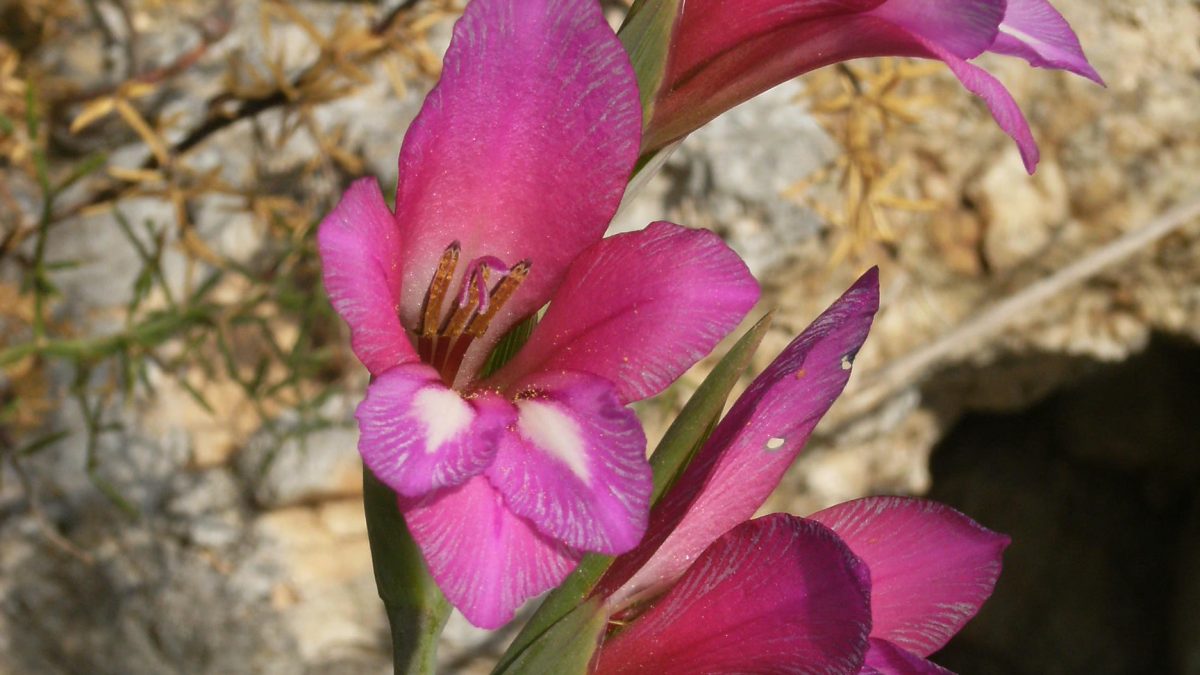 Often considered as an ornamental plant, the Gladiolus produces elegant long flower spikes appearing in a wide array of vibrant colours.  The genus Gladiolus contains about 300 species, 250 of which are native to sub-Saharan Africa and only about 10 species are native to Eurasia. There are over 10,000 named cultivars, most of which derived from 7 species native to South Africa and brought to European gardens in the late 17th century. The sword-shaped long flat leaves with a pointed tip have given its name – Gladiolus in Latin means “little sword”.

As its name implies, the Field Gladiolus or Cornfield gladiolus occurs in fields among growing crops, and is frequently encountered in wheat crops throughout the Mediterranean.  Most probably, it was introduced from Sicily, with the introduction of agriculture in Malta. This perennial flower grows an erect stem, almost 1m high, with about 15 magenta-coloured flowers at the top section. Whilst throughout the Maltese Islands, the plant can be described as rare, it is quite commonly encountered  in certain sites, such as fields at Dingli. In the past, shepherds used to feed goats with the leaves of the Field gladiolus since it was thought that the plant increases milk production. In the traditional medicinal practices of Iran, a decoction from the bulb and the flowers of the Field Gladiolus were used to treat heart and lung infections. Common throughout the Maltese Islands, the Eastern Gladiolus prefers abandoned clayey fields.  Having a similar flowering period to that of the Field Gladiolus, the Eastern Gladiolus blooms between March to May. It grows up to 80cm long and up to 20 pink, red or purplish-red flowers appear.