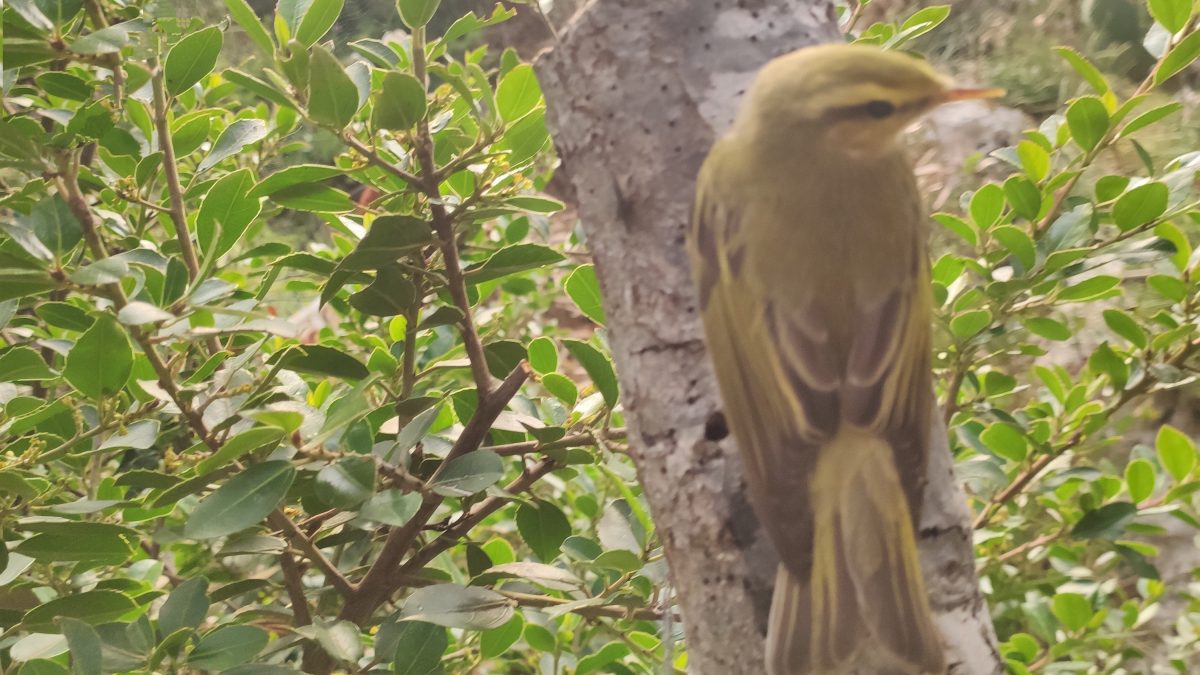 .During spring-time, the birds which visit the Maltese Islands are migrating from Sub-Saharan Africa towards their breeding sites in northern Europe. Amongst the migrating birds is the Willow Warbler (Vjolin Safrani/Vjolin Pastard, Phylloscopus trochilus), a long-distance, night-migrating small passerine, just about 12cm long and an average weight of 11g.
Despite the minuscule size, this species is strongly migratory since almost all of its population winters in tropical Africa. In the Maltese Islands, this bird migrates north in March and April, especially in areas with tree cover such as valleys and woodland. It is greenish-brown and yellowish in colour, with greenish-brown wings. The Willow warbler’s appearance is similar to that of the Chiffchaff (Vjolin tax-Xitwa, Phylloscopus collybita), but the former has paler legs, a more striking face pattern and a darker eye stripe. It is insectivorous, picking insects from vegetation and even catching them whilst in flight. Being very active, it is often seen flicking its wings whilst in the search for insects.
Its breeding territory is vast, covering northern and temperate Europe and the Palearctic, from Ireland in the west to Siberia in the East. Three subspecies with plumage variations are recognised, one breeding in Europe and wintering in west Africa, one breeding in Scandinavia and wintering in central Africa, and one breeding in eastern Siberia and wintering in eastern/southern Africa. Open area within woodland, woodland edges and areas with low vegetation and adequate ground cover for nesting close to the ground are often the preferred habitats.
In England alone, between 1970 and 2007, there was a 58% decline in the Willow warbler population with a high regional variation, suggesting a potential habitat-driven cause due to a reduction in its preferred habitat. Two factors can possibly be responsible – increased deer grazing pressures and woodland maturation caused by termination of active woodland management.
Other factors which may play a role in the decline of the Willow warbler relate to disturbance, competition and climatic factors. This species is sensitive to disturbance and previous studies in Europe have shown that it avoids habitat near roads. Moreover, this bird also suffers high nest predation rates through competition from more dominant species. It could be that increasing Chiffchaff populations could be having a negative impact on the Willow warbler, because the latter is less adaptable to different habitats. Impacts of environmental change could also be crucial, in fact climate modelling is indicating a northern shift and reduction of the willow warbler’s population.
This decline in the recorded sightings of the Willow warbler in the breeding/nesting habitat can also provide an indication as to why there has been a general decline in sightings in the Maltese Islands throughout the years. Factors such as indirect human intervention and climate change cause concern as to presence and abundance of woodland bird population species in the near future