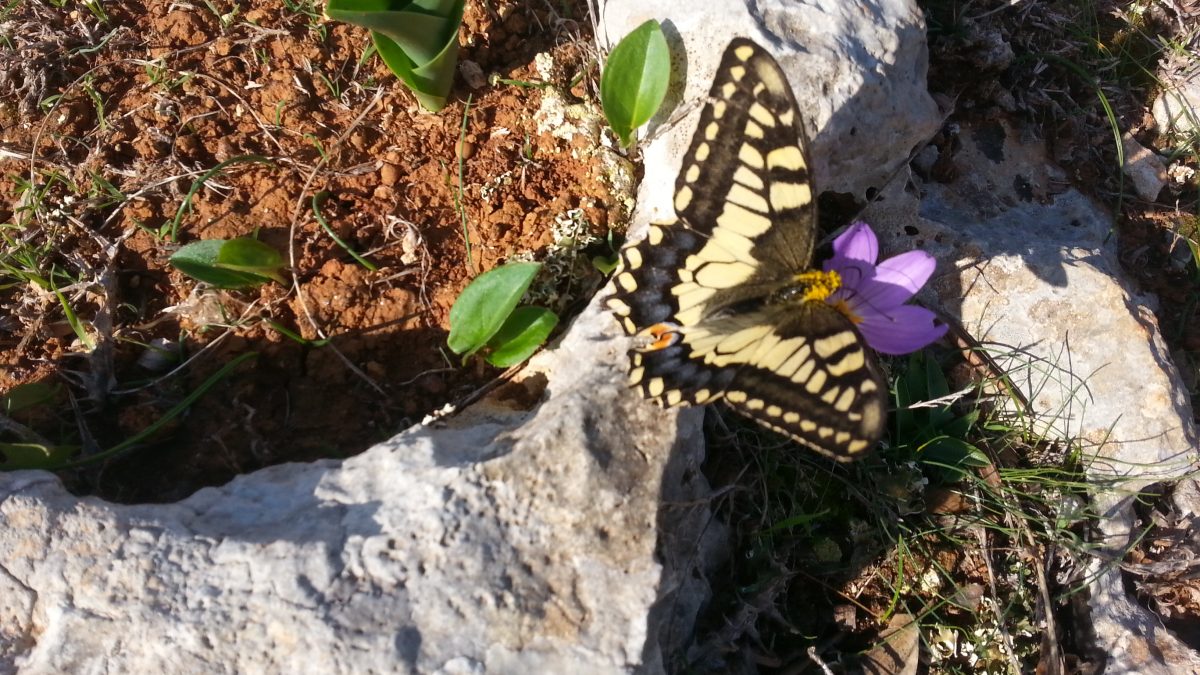 The endemic Maltese Swallowtail butterfly, a subspecies of the European Swallowtail is only found in the Maltese Islands, locally called “Farfett tar-reġina/bużbież/fejġel”. It has an impressive wingspan of between 8 -10cm.  It is identified by the bright yellow and black wings, blue band and red spots on the hind wings. Its name is attributed to the pair of protruding tails on the hind wings of this butterfly. The Maltese Swallowtail is elusive, it often flutters its wings as it feeds on flower nectar, moving from one flower to the next.

The life history of the swallowtail starts from a single egg laid on the larval host plant, most often under the leaf of a Fennel plant. The larva, which hatches from the egg feeds on the host plant for about 4 weeks, producing a pupa. The adult butterfly then lives for about 20 days, during which the female lays its eggs to complete its life cycle.  The endemic Maltese Swallowtail butterfly can be seen from February to November since it produces two or three broods. Populations of the Swallowtail butterfly have remained relatively stable because the wild fennel is common in the Maltese countryside.