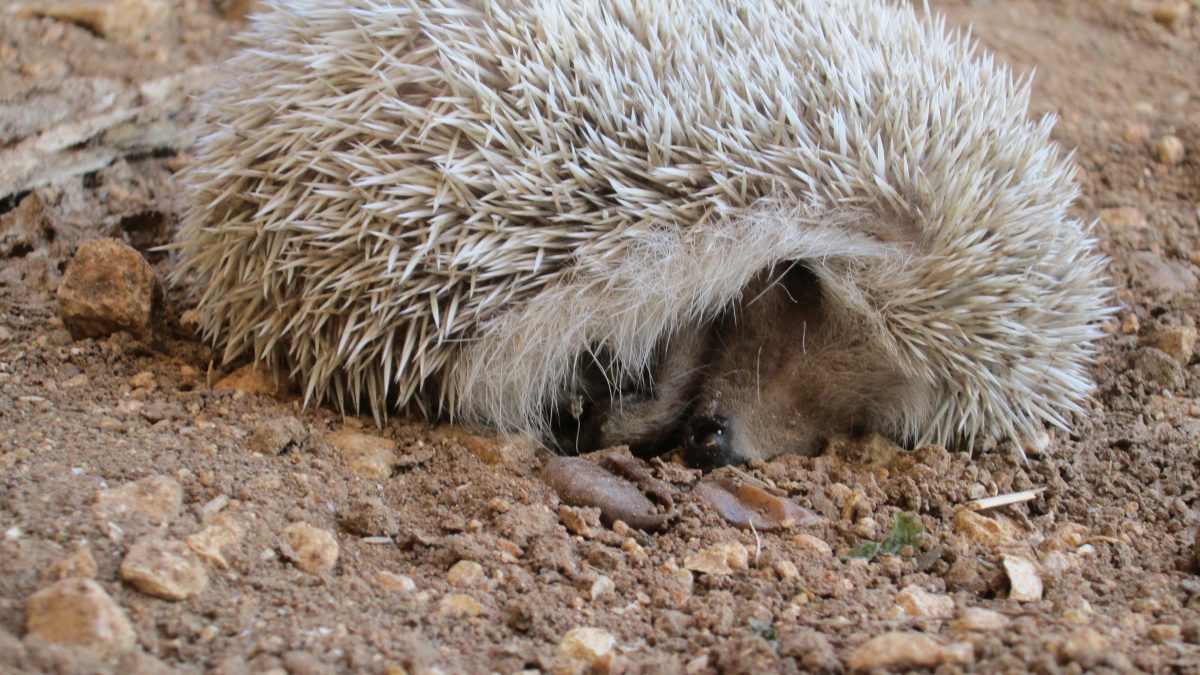 The Algerian/Vagrant Hedgehog (Qanfud,  Atelerix algirus) is a mammal species recorded in parts of North Africa (Algeria, Libya, Morocco, Tunisia), Malta and Spain. It is thought that the Phoenicians may have introduced the Algerian Hedgehog in Spain and possibly the Maltese Islands at around 1000BC as a means of pest control. Whilst the Maltese word Qanfud comes fromArabic, it was only in the late 1960s that its identity as the Algerian Hedgehog was established.

Measuring between 20-25cm and weighing up to 650g, two distinct types are found in the Maltese Islands, the light-coloured variety with whitish spines and the dark-coloured variety with alternating light and dark bands on the spine.  The spines do not grow far down the forehead.  In other countries, it hibernates throughout the winter, but in Malta, it remains dormant on very cold days and is inactive in temperatures of below 20°C. During this time, the body temperature falls and the heartbeat is also reduced. Its preferred habitats are stretches of land with low-shrubs and vegetation, valleys and even agricultural areas.

Being mainly nocturnal insectivores, hedgehogs have a very good sense of smell and hearing which compensate their poor eyesight. They feed on a variety of invertebrates such as insects, earthworms, snails and slugs, and molluscs and also small vertebrates such as lizards.

Nests are constructed using dry leaves and may be found under thick vegetation or in rubble walls. The gestation period takes about 18 weeks, and the young hoglets are born from May to October, with each litter containing between 4 and 5 young.  Within 36 hours after birth, the spines begin covering their body.

In past Maltese folklore, one proverb says “Il-Qanfud, qanfud ieħor missieru”, which is translated to “the hedgehog is the son of another hedgehog”, similar to the English proverb, “Like father, like son”. When faced with danger, it rolls up into a ball, causing the spines to protrude. Whilst the spikes may be effective in deterring predators for example stray cats, unfortunately their defensive mechanism does not help to deflect cars, which are the hedgehog’s worst enemy in Malta. When confronted by the bright light of vehicles at night whilst foraging on insects, hedgehogs rolls up into a ball. Unfortunately, many hedgehogs are run over by cars in rural roads. The increase in feral cats also seems to have a negative effect on the hedgehog’s population. National legislation dating back from the 1993 together with European legislation, give strict protection to the Algerian hedgehog making it illegal to keep them as pets or handling them without permit.