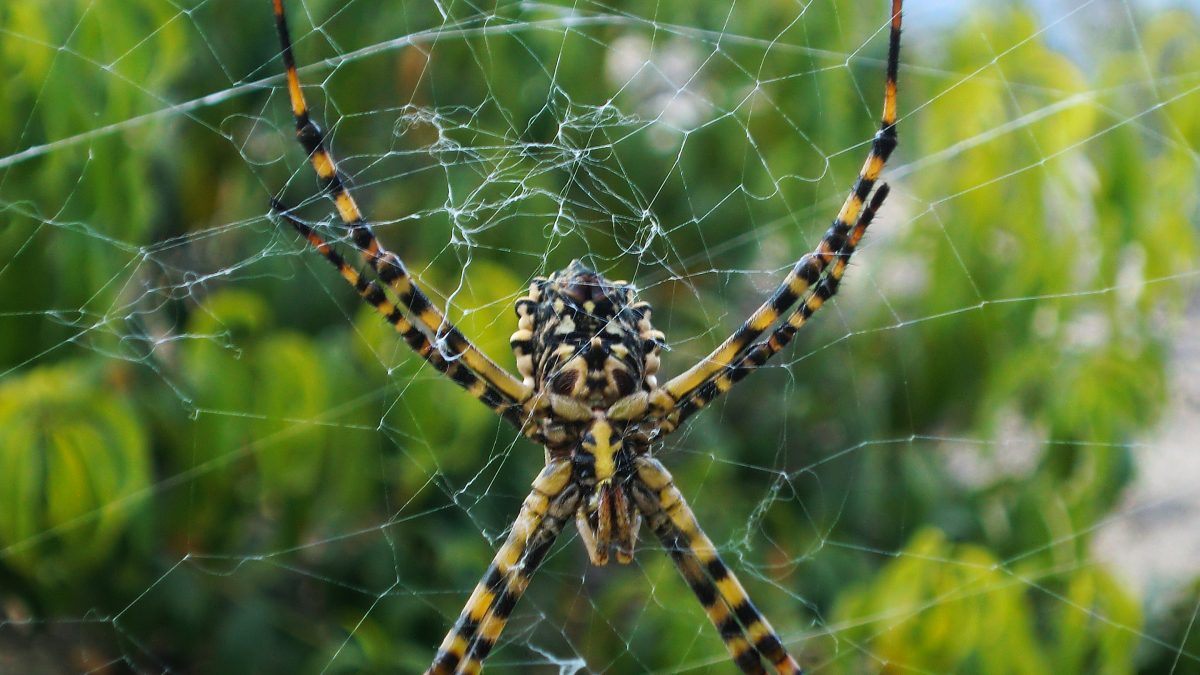 The striking Lobed Argiope (Argiope lobata, Brimba kbira tal-widien) is the largest spider in the Maltese Islands with a striped black and yellow abdomen. The males have a body length of only 6mm, but the females’ body length reach 25mm, and its legs reach 40mm.

As the other members of the Argiope genus, the Loped Argiope decorates its large spherical web with a prominent zig-zag silk structure to immobilise and captures its prey, which it also poisons.

The Lobed Argiope is frequently found in vegetated areas, such as valleys. The photo above shows its presence at the garrigue habitat of the Dingli Cliffs.