The Snakes in Malta – did you know that one species is venomous? 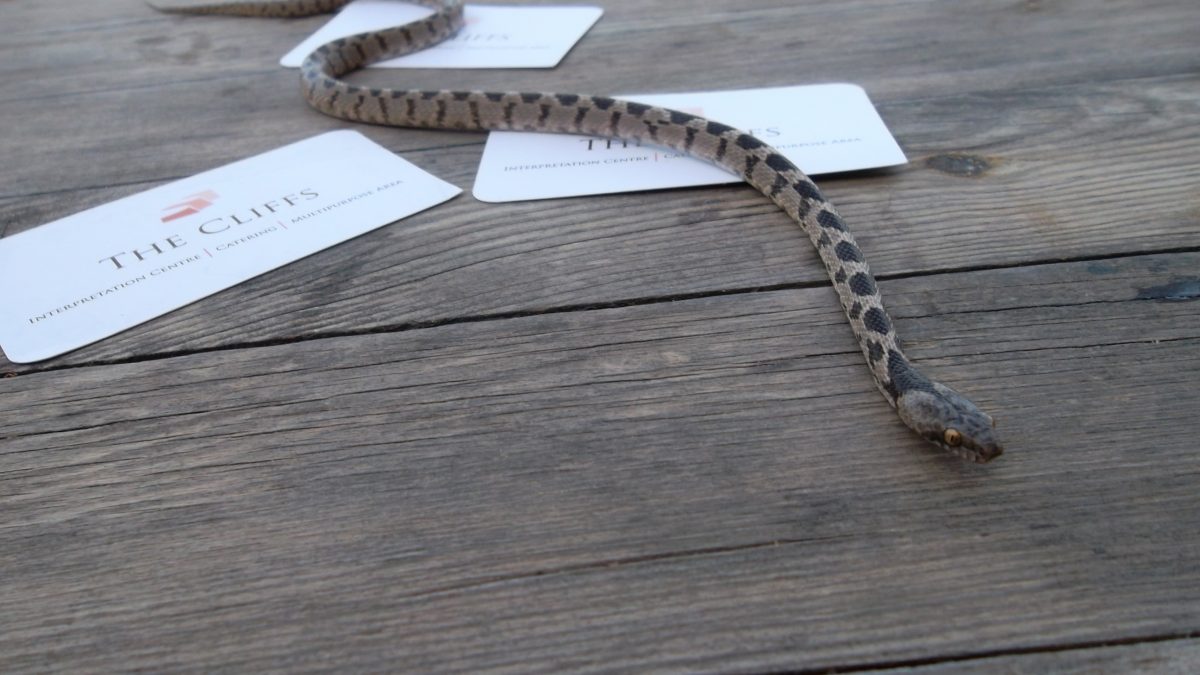 When thinking about snakes in Malta, we often remember the story of how upon arriving on Malta, St. Paul was bitten by a snake and threw it in the fire. This episode is the first record of snakes on the Maltese Islands, and it even led to several legends, one of which is that St. Paul banished all poisonous snake species or made them harmless. Despite this, contrary to popular belief, one type of venomous snake does occur in Malta!!

Four species of snakes, from the same Colubridae family are found in Malta, namely the Western Whip Snake, Algerian Whip Snake, Leopard Snake and the Cat Snake. The largest and most common is the Western Whip Snake (Coluber viridiflaviorus, Serp Iswed) which can grow up to 1.5m long. The Leopard Snake, a brightly coloured species with various colour patterns (Elaphe situla, Lifgħa) is also common throughout the Maltese Islands. Solely found on the main island of Malta and quite uncommon, are the Algerian Whip Snake (Coluber algirus, Serp Aħdar) and the Cat Snake (Telescopus fallax, Teleskopu), both thought to have been brought  over to Malta from North Africa along with timber consignments during the First World War.

All four snakes prefer sunny habitats with rocks to hide under, with typical habitats ranging from rubble walls, stone heaps, field edges or old buildings. The animal prey they feed upon is similar, such as smaller reptiles (lizards), and young rats, mice, frogs, etc…

The only species which is venomous is the Cat Snake, with poison fangs located at the back of the upper jaw. Upon catching its prey and weakening it by coiling itself around it, the cat snake bites the prey and waits for the venom to start working. Since the venom is weak (just strong enough to kill its prey, often small rats, mice or lizards) and because the fangs are located at the back of its mouth, this snake is not dangerous!

The cat snake is greyish in colour with a dark dorsal design similar to a zigzag pattern. Being the smallest snake in the Maltese Islands, it reaches a length of 75cm, and sometimes grows up to 1m. Furthermore, unlike the three other species which have round pupils, the Cat snake can be identified by its vertical pupils, with a slit in the centre, just like cat’s eyes!! The Cat snake is mainly active from dusk onwards and it hunts during the night, different than the other three species which are active during the day. In fact, the cat snake’s extended pupils are adapted for night vision.