The rich ecological diversity of the karstic plateaux of Dingli Cliffs 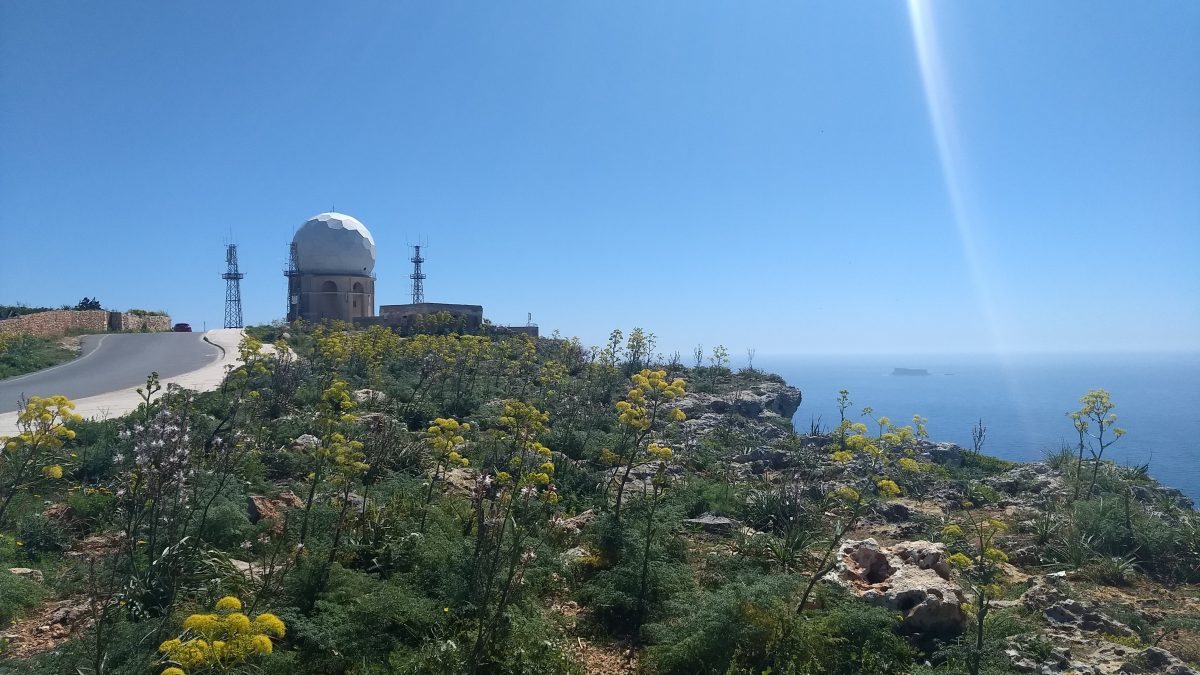 Of the five layer rock sequence of the Maltese Islands which can be identified at Dingli Cliffs, the topmost Upper Coralline Limestone  forms the upper plateau bounded by sheer vertical cliffs up to 40m high. Beneath the seaward side of the plateau are the Blue Clay slopes. The Upper Coralline Limestone is the youngest rock formation characterised by hard pale-grey limestone.  It is made up of marine sediments that used to live in shallow seas, and thus the fossil remains are similar to those of the Lower Coralline Limestone.

The plateau surface consists of karstic limestone, indicating that the landscape was largely shaped by the dissolution of rainwater in the carbonate bedrock limestone. Typical features include potholes and limestone pavement morphology, characterised by irregular narrow grooves present in the rock surface.

Amongst outcrops of bare rocks, garrigue vegetation communities may be found. The garrigue vegetation community is the most characteristic of the Maltese natural communities found in such rocky ground. It is dominated by low aromatic small-leaved shrubs and plants which are adapted to survive the summer drought, especially geophytes and therophytes and a rich diversity of herbaceous plants. Plant species need to be adapted to surviving in areas affected by strong winds, sea spray, animal grazing, trampling and burning during the hot summer months. Plant species which are found in the karstic plateaux include the Wild Thyme (Thymbra capitata), Sea Squill (Uriginea pancration), Mediterranean Heather (Erica multiflora)and Spurge species (Euphorbia spp.). Each garrigue is independent, unique and characterised by different specific dominant species. Unfortunately, the garrigue is often underestimated, often seen as a waste of space filled with weeds amongst rocky surface. Even the Maltese word for garrigue, xagħri, is derived from the Arabic word sahra for the desert, implying that the garrigue is our desert.  Despite this, the garrigues are home to about 500 species of flowering plants, over half the total number of indigenous species in Malta!!