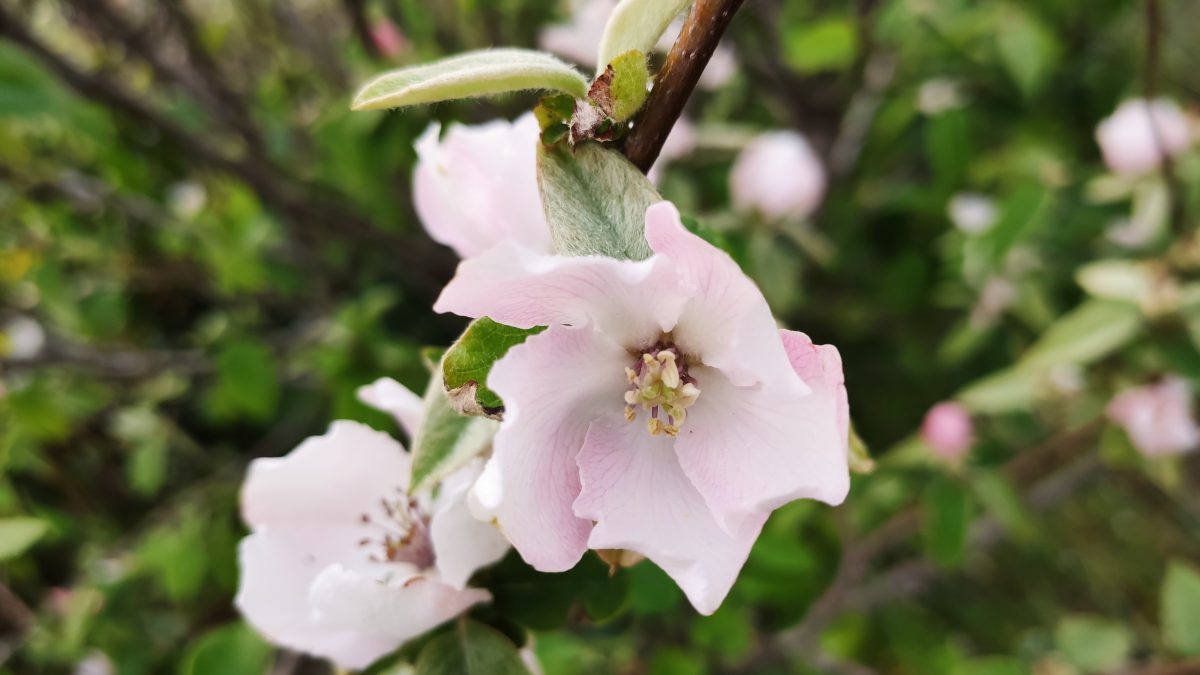 Springtime in Malta is the most appealing time of the year, where nature is at its finest and when many cultivated fruit trees bloom. Apart from the typical cultivated trees, one naturalised tree, found in the wild and which blooms during this time of the year is the Quince.
The Quince Tree (Cydonia oblona, Sfarġel/Sfejġel), which is actually native to Southwest Asia, was introduced in the Maltese Islands over 500 years ago. The tree was initially cultivated for its fruit, but it later became naturalised in the wild. Today, its frequency in the wild can be described as rare.
The yellow fruit, which matures in late autumn resembles a pear or apple in shape. It is not eaten raw since it is very bitter and astringent, however it has a high concentration of pectin, a naturally occurring substance that allows jams to set. Because of such high pectin concentration, pectin helps jams to thicken, so less sugars are used.
In fact, annually, The Cliffs Interpretation Centre prepares Quince Jam, from quince fruits harvested from down the cliffs. Such tradition, which has been revived after three generations, is also related to the medicinal properties of the quince fruit. It is said that a teaspoon of quince jam can be dissolved in boiling water for the relief of intestinal discomfort!!