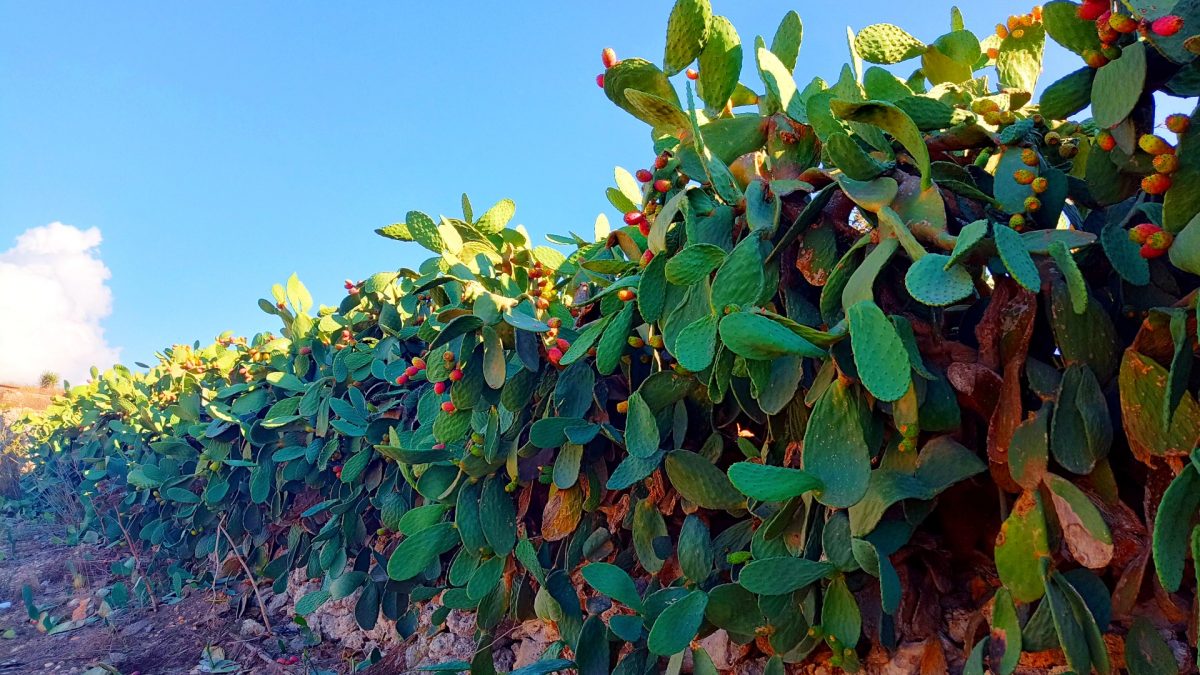 Like all cacti, the Prickly pear (Opuntia ficus-indica, Bajtar tax-Xewk) are native to the Americas, most probably having been originated in Mexico, where it has been cultivated since prehistoric times for over 8000 years. The Aztecs believed the plant to be sacred with symbolic values, and during their times, the plant was already being cultivated and sold.

The Prickly Pear was brought to into Europe from Central America in the 16th century. Throughout the Mediterranean region, in Sicily, Sardinia and Malta, this tree is now naturalised and has become part of the traditional landscape. The prickly pear also spread to the regions in the Red Sea, southern Africa and in Australia, facilitated by the carrying of stem segments on long-distance sea voyages to prevent scurvy.

The tree thrives in the warm Mediterranean climate of the Maltese Islands, and today, it often symbolises the typical rural landscape of cacti flowing over rubble walls. It often acts as windbreak, a good boundary between fields, and an effective deterrent against intruders or wandering livestock. In the Maltese Islands, it is nowadays considered as an invasive species which escaped from cultivated land, colonised maquis communities and is even invading cliff communities.

This species grows in semi-arid environments, with numerous adaptations to survive the dry conditions mainly related to succulence and reduction of transpiration. It reaches 1.5-3m high, developing an evergreen sturdy trunk with flat oval-shaped stems resembling the functions of leaves but called cladodes. It is a succulent plant, covered with prickles that break of easily with a water-repellent and sun-reflecting thick waxy outer layer. The root system is able to spread horizontally.

The tree flowers between May to July in conspicuous colours, often bright yellow, orange or red.. The flowers first appear in early May through the early summer in Malta, and ripen as fruit from August through September. During blooming, the tree is visited by many insect species to feed on the pollen of the flowers, mainly bees, wasps, flies and ants.

Both fruit and cladodes may be eaten. Cladodes have been used in Mexican cooking for hundreds of years, and when young can be cooked as vegetable. Mature cladodes can also be used for forage. Locally in the Maltese Islands, in the past, a poultice used to be made from the cladode or flower of the prickly pear to provide relief from stomach ache, joint pain, insect stings and even burnt skin.

Interestingly, a species of scale insect thrives on the prickly pear. This insect produces a type of acid which produces a red dye for food colouring and cosmetics. The dye was used by the Aztec and Mayans in Oaxaca, Mexico, and exported to Europe, today it is still used as a colouring agent. 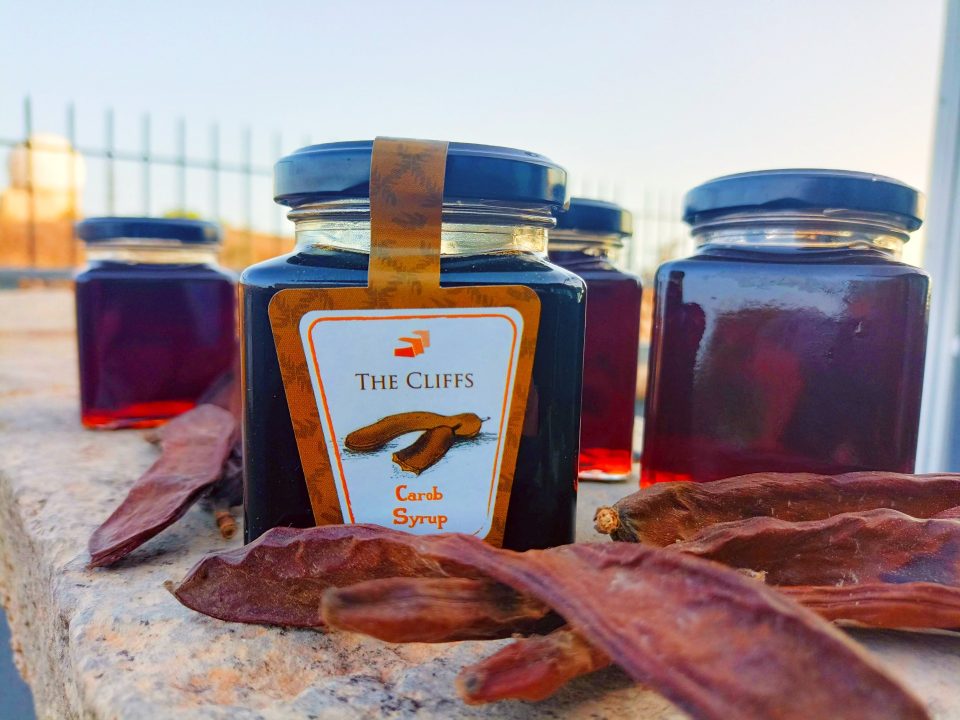 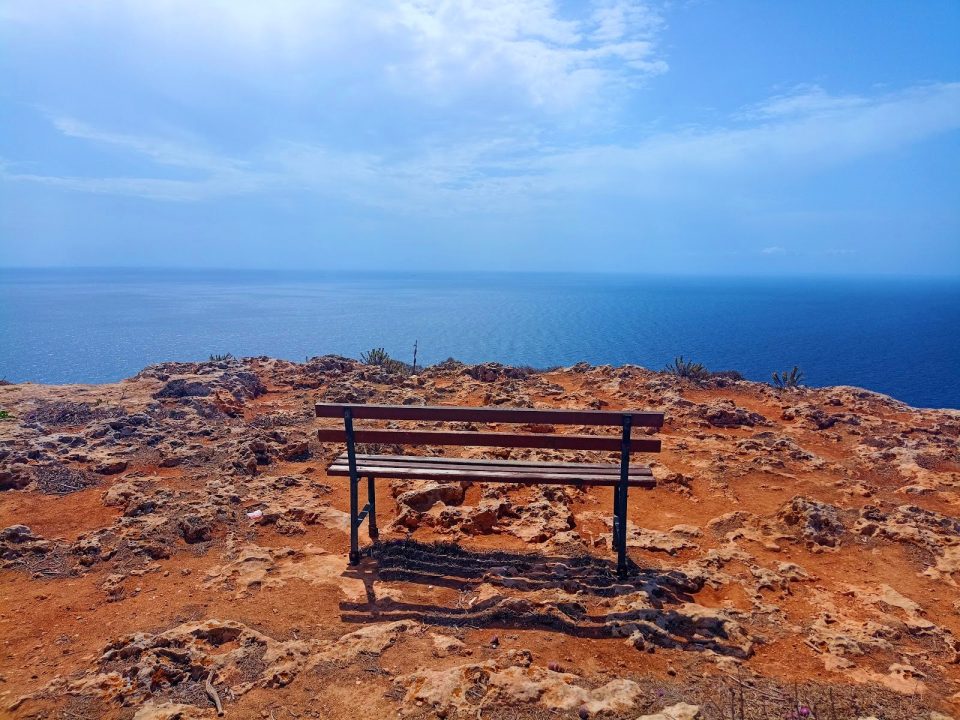 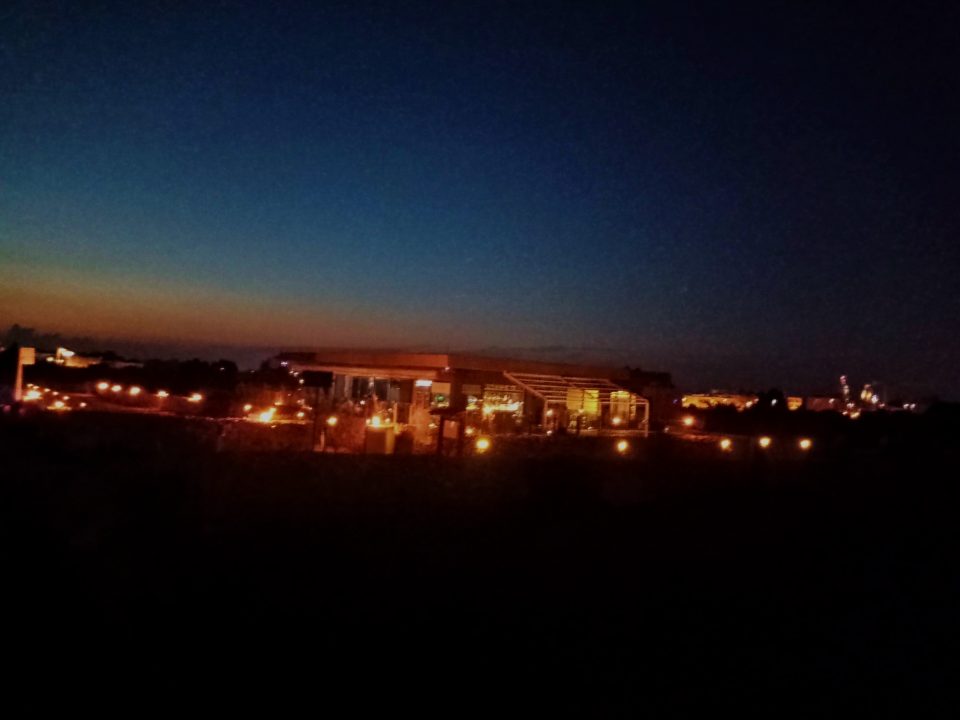