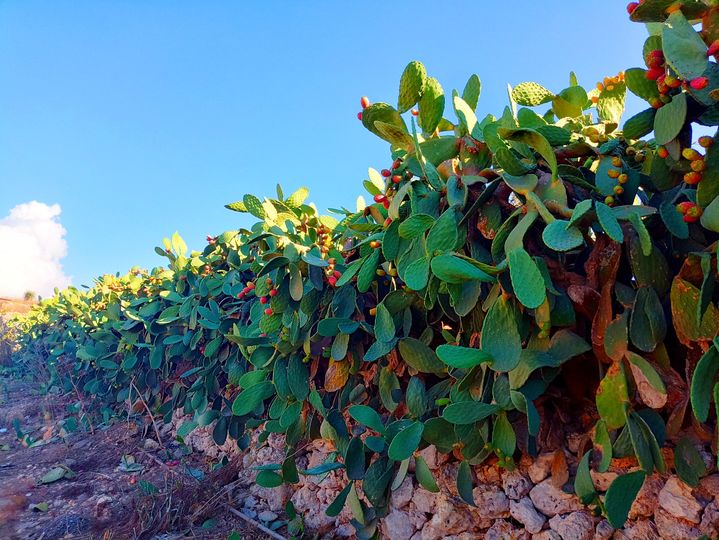 The prickly pear is one of the most ever-present fruit on the Maltese Islands, adorning the rural landscape with colourful spiny fruits. Although the Prickly Pear (Opuntia ficus-indica, Bajtar tax-Xewk) originated in Mexico, it was brought to Europe from Central America in the 16th century and is now a naturalised species, part of the traditional landscape of the Mediterranean.

The tree thrives in the warm Mediterranean climate of the Maltese Islands, growing in semi-arid environments with numerous adaptations to survive the dry conditions. Apart from providing an adequate boundary between fields, the prickly pear tree often acts as windbreaker and an effective deterrent against intruders!

The prickly pear cactus flowers between May to July as bright yellow, orange or red blooms. The fruits ripen from August through September, offering much more than what meets the eye. Careful peeling of the thick outer skin riddled with spines exposes the soft edible fruit with bright red, wine-red, green or yellow-orange flesh.

Apart from being eaten fresh, the fruit can be produced in several food items such as jams, chutneys, juice and jellies. At The Cliffs, the fruit is produced into juices which feature in seasonal cocktails and in jams.