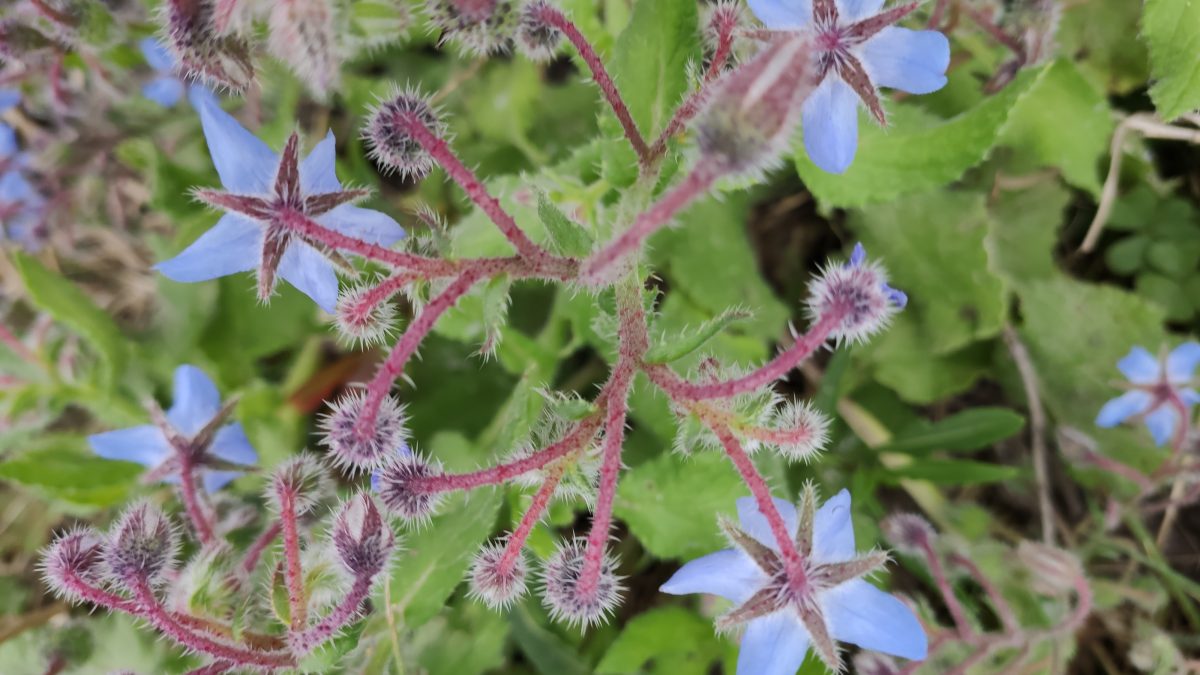 The Maltese Islands are home to over 1100 recorded plant species, some of which have particular value for gastronomy and medicine. One such wild plant is the Borage (Fidloqqom, Borago officinalis), also known as starflower, an annual plant with pretty blue star-shaped flowers.
This abundant plant, which grows to a height of between 60-100cm, is found naturalised not only in the Mediterranean, but also the Middle East, Northern Europe and North Africa. The flowers are most-often blue, but sometimes, pink flowers are observed.
The fresh flavour of the borage flower is subtle cucumber-like. Both flowers and leaves are edible, and a good source of vitamins, zinc, magnesium and potassium. At The Cliffs Interpretation Centre various dishes are prepared according to the season ranging from soup to ravioli to using the flowers as edible decorations. Check this link for more recipes featuring the borage https://www.youtube.com/watch?v=qy4X_VAAl9c
Medicinally, the plant was used over two thousand years ago – a brew from the borage was given to gladiators in Ancient Greece and crusaders before battles and long journeys. Traditionally associated with good well-being, Maltese traditions of the borage include decoction for soothing coughs, as a tonic and anti-inflammatory.