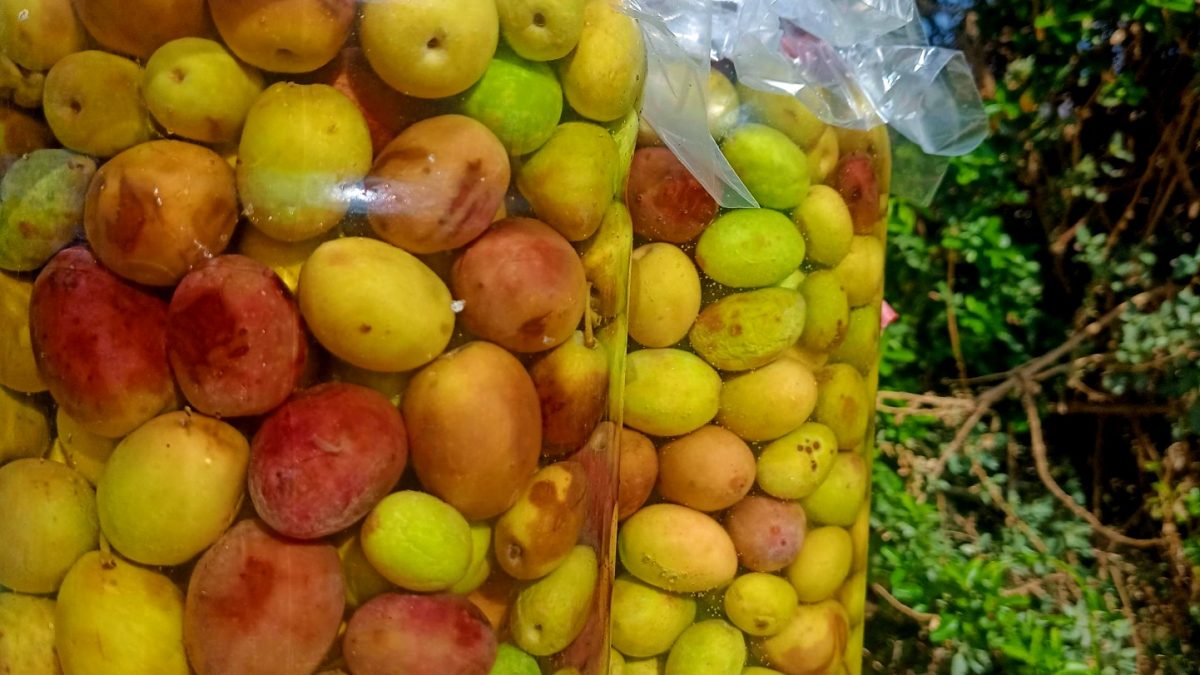 Being one of the oldest species of domestic trees and the characteristic tree of the Mediterranean region, the long-living Olive Tree (Żebbuga, Olea europaea) has been present in the Maltese Islands for thousands of years.

Whilst local archaeological remains of the olives date back to over 4000BC, the Phoenician traders, back in around 700BC introduced the widespread cultivation of the olive trees. Even the name of several localities and locations in the Maltese Islands (such as Żejtun, Birżebbuġa, Ħaż-Żebbuġ) attribute to the historical role of the olive.

With the arrival of the olive season from September and often reaching a peak in October, we start encountering different sizes and shape of olives, from the various varieties that are cultivated in the Maltese Islands including Il-Maltija, Bidni and the Bajda cultivars.  Even the wild olive, Oleaster sp. has several different cultivars.

Either eaten out of hand or added into savoury recipes, all olives have to pass through a process of pickling to make them palatable. Brining, curing or pickling reduces the natural bitter taste of olives and highlights their meaty salty flavour.

Several local olive produce is found for sale at The Cliffs ranging from olives in oil, olive oil and even olive tapenade.