The Oldest cultivated fruit species in the Maltese Islands – Figs 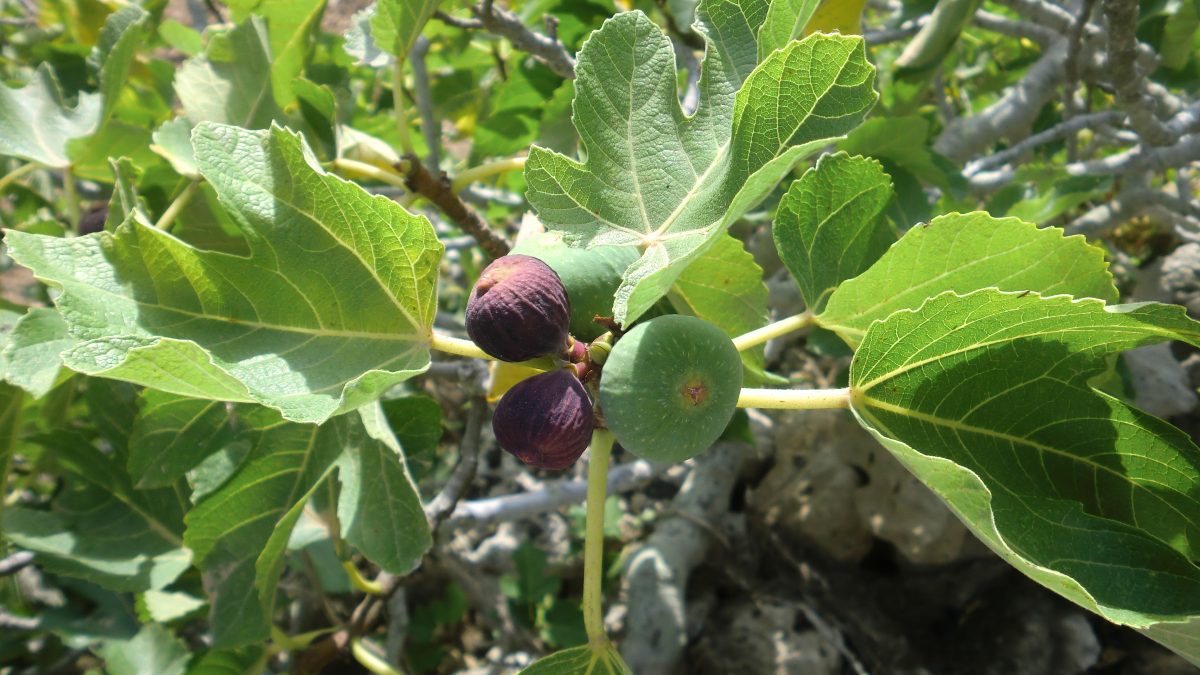 The fig tree (Ficus carica, Tin), originated in the Middle East and western Asia. It has been sought out for its decorative nature and delicious fruit since antiquity. It is one of the oldest cultivated fruit species in the world, being cultivated for at least 11,000 years since the Neolithic period. The tree has adapted to the Mediterranean climate and thrives in the Maltese Islands.

One of the fascinating facts about figs is that they have no blossoms/flowers on their branches. The blossoms are actually found inside the fruit and are responsible for the unique crunchy texture when eating it. The fruit is egg/pear shaped and varies in colour from yellow-green to copper to purple, juicy and sweet when ripe. Whether eaten fresh or dried, figs are rich in carbohydrates, vitamins and a good source of calcium and fibre.

The fig tree produces early plump, tender fruit, which mature around mid-June and are known as “Bajtar ta’ San Ġwann”. Late or “Tin” are produced from the same tree but mature after six weeks when the tree stops producing early figs. This deciduous tree grows at a moderate rate into a multi-branched shrub or small tree. Leaves are large, alternate and fragrant. The upper surface is rough, whilst the underleaf is hairy.

In the Maltese Islands, 32 fig varieties are found, ranging from the Caprifig (Dukkar), which produce inedible fruit but are important for the development of the pollinating wasp Blastophaga psenes to the Bourgeossotte (Parsott), Long violet fig (Farkizzan), Long Black Fig (Bżengul Iswed) and Round Violet Fig (Tin iswed), with varying tree sizes and fruit shapes.

The importance of the fig tree in biblical times is shown by the almost 60 references to the fig in the bible, often to symbolise good life and prosperity. Many also believe that it was figs, not apples the fruit in the Garden of Eden which Adam and Eve consumed.  Recorded for the first time in Malta in the early 1990s, a type of pest, called the Bark beetle (Hypocryphalus scabricollis) can be detrimental to the tree, attacking from mid-trunk, and even resulting in tree death. Unfortunately, more than half of Malta’s fig trees have already been destroyed.