The old quarries at Clapham Junction 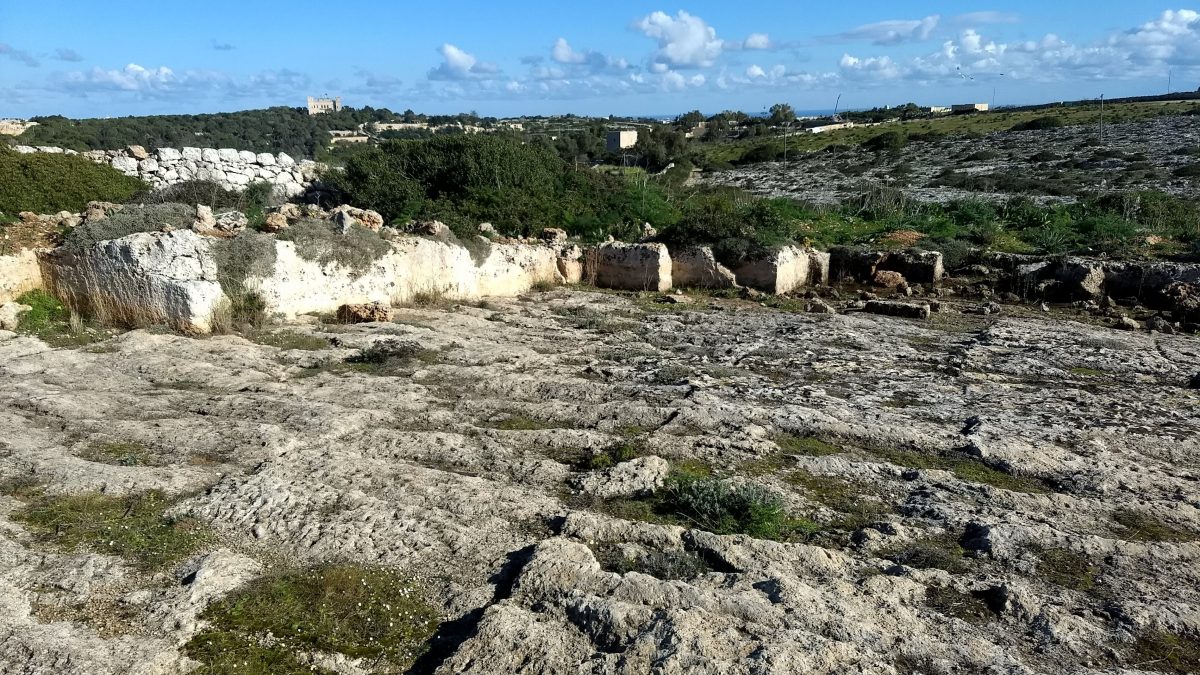 The large open area at Misraħ Għar il-Kbir, which contains the largest intensity of cart ruts in the Maltese Islands is also well-known by the nickname of Clapham Junction. Of note is that the large open area of about 8 hectares is surrounded by ancient regular quarries. However, most probably quarrying in the area was undertaken at two separate periods, the oldest from 700/500 BC extending into Roman times, and the more recent could be dating back to the end of Late Middle Ages to Early Modern  age.

A clearing of vegetation and soil used to be made in marked areas, followed by the actual quarrying. This would involve cutting of channels with a pickaxe (fiesa tal-ponta) to mark the slabs’ dimensions. A horizontal slit at base would be reinforced by wooden wedges, resulting in the breaking away of the rock from the bedrock.

To the north, east and west of Clapham Junction site, the ancient quarries were filled over with soil and reutilised as agricultural fields. In those parts of the quarries that were not reclaimed as fields, the quarries are quite shallow, about 60cm deep, clearly identifying the grooves of the removed ashlar blocks. The size of extracted ashlar blocks was equivalent to the standard dimension of building typical during the Phoenician-Punic and Roman periods.

Since certain cart ruts run straight into two particular quarries, there is an indication that there was a close association between the quarries and the cart-ruts. Two particular pairs of cart ruts from the main route change direction and branch towards the northwest direction leading straight into the centre of an exposed quarry about 90cm deep, having rectangular cuts showing the locations from where the large blocks were extracted. The deteriorated rock surface made up of pointed spurs of rock running in straight lines, and the quasi -rectangular pans in the limestone surface show indications of extensive quarrying.  Two other small quarries having rectangular cuts are situated close to the northeast of the site. Since these two quarries show the least signs of erosion, it is thought that they could date back to the times of the Knights of St. John.