The nocturnal and elusive European Nightjar 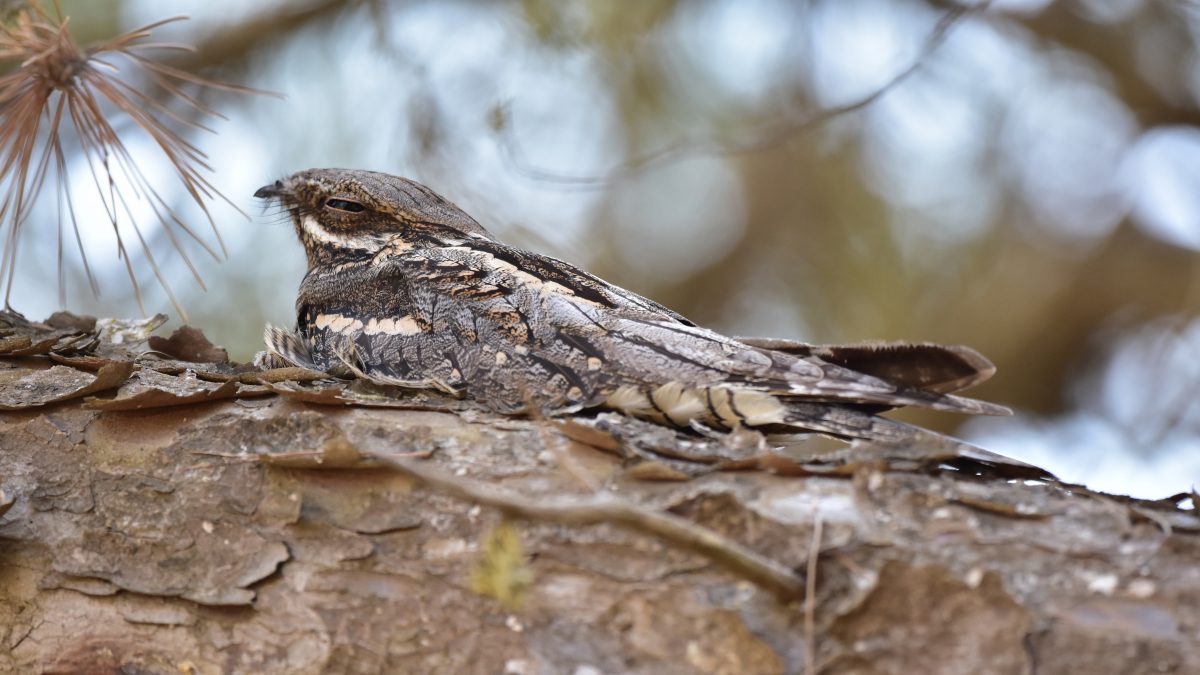 Nocturnal birds differ from diurnal ones, not just because the former is active at night in the hunting for prey, but there are even some physical differences between them. Bright colours are very difficult to see at night, so nocturnal birds frequently have a muted plumage with dark shades of brown, grey, black and white. Often, the plumage of nocturnal birds is blotchy with camouflage patterns so as to blend in the surroundings during the day, when the bird is roosting. Birds that are active at night have enhanced senses of vision, hearing and smell.

Usually, when we think of nocturnal animals, owls come to mind. Another type of nocturnal bird species which visits the Maltese Islands in spring and autumn is the European Nightjar (Buqrajq, Caprimulgus europeaus). Its streaked plumage is typical of nocturnal birds, providing good camouflage in the daytime, when the bird is roosting amongst leaves, branches, grass and stone. As to its feeding habits, the nightjar is insectivorous, with a wide mouth surrounded by bristles adapted for catching night-flying insects and moths. Large eyes with reflective layers help it hunt at night through night-vision.

In Europe, due to their elusive nocturnal habits, nightjars often feature in myths and legends. The Latin genus name Caprimulgus translates to ‘goatsucker’, from an ancient Greek myth where people used to believe that the nightjar suckled goats causing them to stop producing milk. Today, it is known that nightjars are attracted to places where there are livestock because of a higher concentration of insects to prey upon.

The preferred habitat for breeding of the European Nightjar is dry, open country with bushes, through quite an extensive breeding range in Europe and Asia north of 64°N latitude. Usually, males arrive first and prepare for courtship in a display flight. This species does not build a nest, but lays the eggs directly on the ground. Whilst the worldwide status of the European Nightjar is of Least Concern, there have been population declines in much of their range in north-western and northern Europe since the 1950s. In the UK, it is red-listed as a cause for concern, and in Ireland, it is close to extinction.  The main threats to the species at the European scale are habitat loss and disturbance through changes in forestry practices which have resulted in the decline of extensive heathlands suitable for nesting. Even intensive pesticide use plays a role in the reduction of the availability of insect prey. Furthermore, in Europe, this species has numerous predators, especially of eggs and chicks, including crows, magpies, jays, owls, hedgehogs and domestic dogs.