The most common Mediterranean Thistle and the steppe vegetation 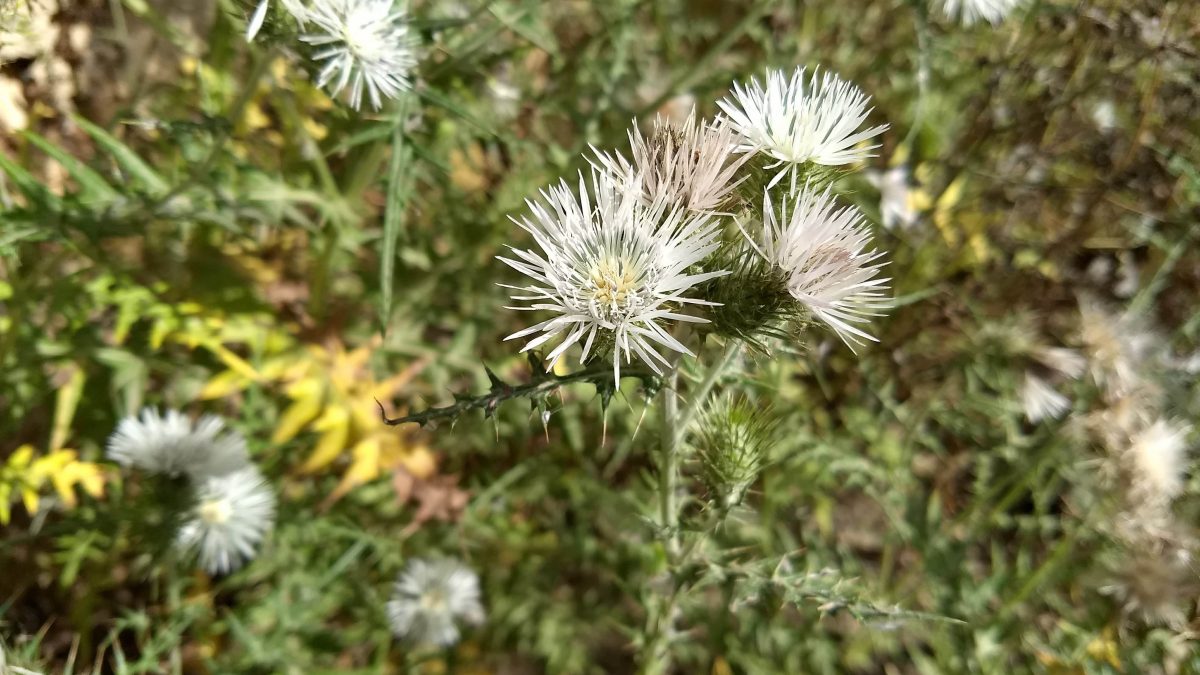 The major communities which characterise the terrestrial vegetation assemblages of the Maltese Islands are part of the successional sequence leading to the climax assemblage i.e. from steppe, garrigue, maquis and climaxing at the woodland. Whilst garrigue is the most dominant vegetation type, steppes are also widespread and they result from degradation of the maquis and garrigue.

One particular plant which thrives in the steppe habitat is the Mediterranean/Boar Thistle (Galactites tomentosa, Xewk Abjad) , the most common of over 29 thistle species in the Maltese Islands. Being distributed in countries bordering the Mediterranean Sea, the Mediterranean thistle bears hairy, silver-green foliage with a white vein-pattern on the leaves. The flower heads, which appear from March to June are quite large, about 3cm diameter with colours varying from white to pinkish.

Even during Ancient Roman times, the edibility of this plant was recognised with Dioscorides (40-90AD) describing it as an edible thistle eaten young and cooked in oil with salt. In the Dardanelle region (Eastern Mediterranean), in fact, the young flowering stems are eaten as a herb or vegetables cooked with other vegetables.

The purple hues of the Ground Thistle

Short encounter with a Hoglet

The sound of the Cicada from the trees