The locally hand-picked and pickled capers 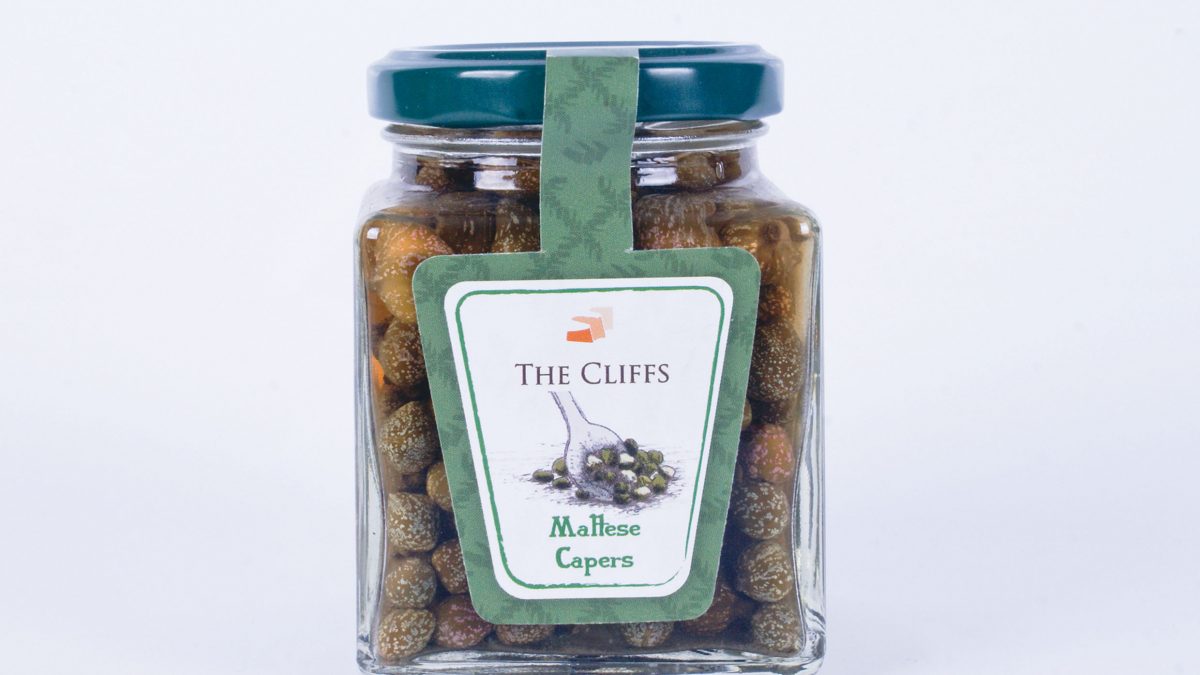 Capers have been used in cooking since at least 2000BC in Mesopotamia and they are mentioned as ingredients in the first cookery book, dating back to the 1st Century. They can be described as a typical Mediterranean staple, often gracing plates and menus.

Capers are actually the unripened flower bud of a perennial plant, indigenous to the Mediterranean and parts of Asia – the Spineless Caper (Capparis orientalis, Kappar). Around the Mediterranean, this plant is cultivated, but in the Maltese Islands, the wild plant is often seen in garrigue habitats, rock faces, along crevices within walls, fortifications, and even in disturbed areas. The plant can be identified by its thick, fleshy leaves which offer storage for water and the sweetly fragrant flowers produced in spring-summer with white-violet colours.

Once the caper buds are harvested by hand, they are left out to dry and then pickled in brine, vinegar, wine or salt. If eaten right off the bush, capers are extremely bitter.  By brining capers, their tart flavour is drawn out, giving them their distinctive piquant salty-sour flavour to dressings, sauces, vegetables, salads and main dishes.

Upon brining the capers are left for a couple of months, after which they sink to the bottom indicating that they are ready to be eaten. At The Cliffs, Capers are featured as accompaniments in several dishes, ranging from starters, refreshing platters and salads, and even in seasonal specialities. Local hand-picked capers brined in water and salt are also found available for sale at The Cliffs Interpretation Centre.