The largest snake in the Maltese Islands 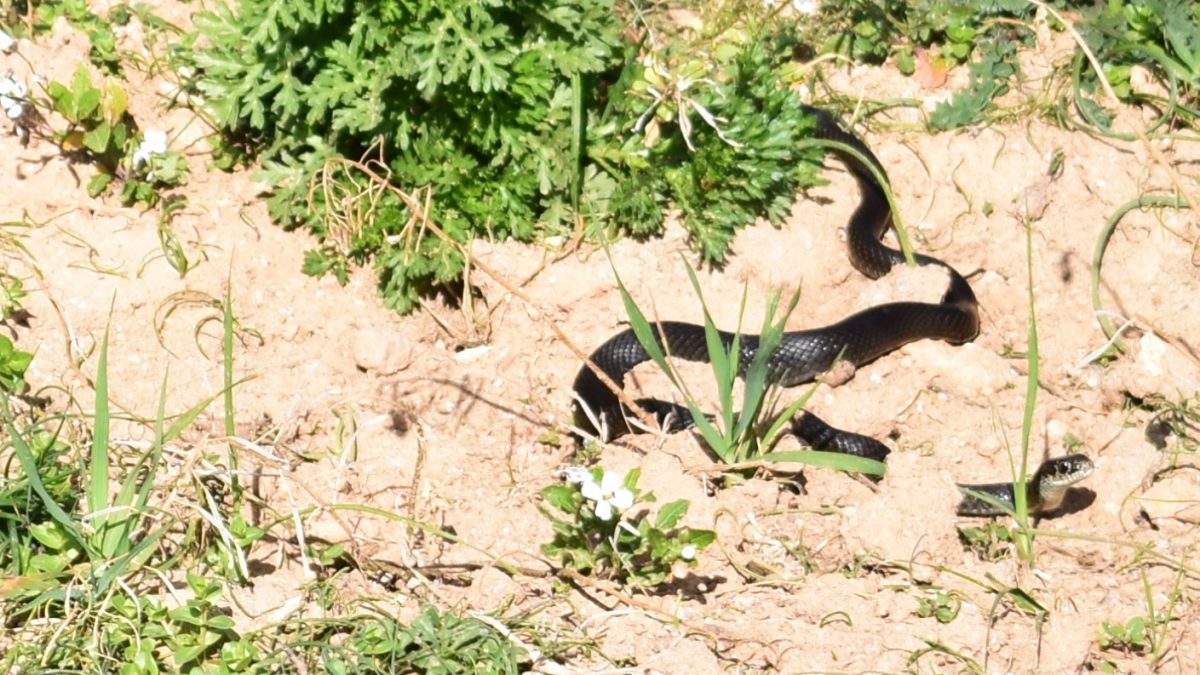 The Western Whip Snake (Coluber viridiflavus carbonarius, Serp Iswed) is the most common snake of four species in the Maltese Islands, also found throughout other areas in Europe, especially Mediterranean countries. Being the largest snake, it can grow up to 1.5-2m, often seen in dry places along valley sides, maquis, open rocky ground, agricultural fields and also rubble walls. Like other reptiles, snakes often prefer the warmer seasons and can be encountered whilst basking in the sun. During the winter, snakes become almost inactive and hide in crevices.

Having a typically black appearance, with a light grey/yellowish underside, this snake has rounded stout and large eyes with a round pupil. Contrastingly, the young snakes have an olive-green head and light ash colour which darkens for four year until they reach sexual maturity and become all black in colour. With an agile and slender body, this diurnal snake moves fast and is greatly adaptable.

The diet usually consists of lizards (and their eggs),mice, frogs, young birds, large insects and other reptiles, including smaller snakes. This snake is not poisonous and kills its prey by constriction – It coils around the prey resulting in suffocation, after which the snake slowly swallows the prey whole.

Mating season starts in May, with males fighting violently. During copulation, both snakes roll and twist themselves around each other, holding their heads upright in a spectacular dance. In fact, usually males are bigger than the females, with a more voluminous head for holding them firmly during mating. The female lays between 5-15 eggs in June or July, in small crevices reached by the sun’s rays, which hatch after about 2 months. When approached, it moves swiftly away but if it is caught or cornered, the Western Whip Snake defends itself by becoming aggressive – striking and biting furiously. Despite being common, the species is at times persecuted, and suffers from habitat loss, with related Maltese legislation to protect the species since 1992 and even European regulations.