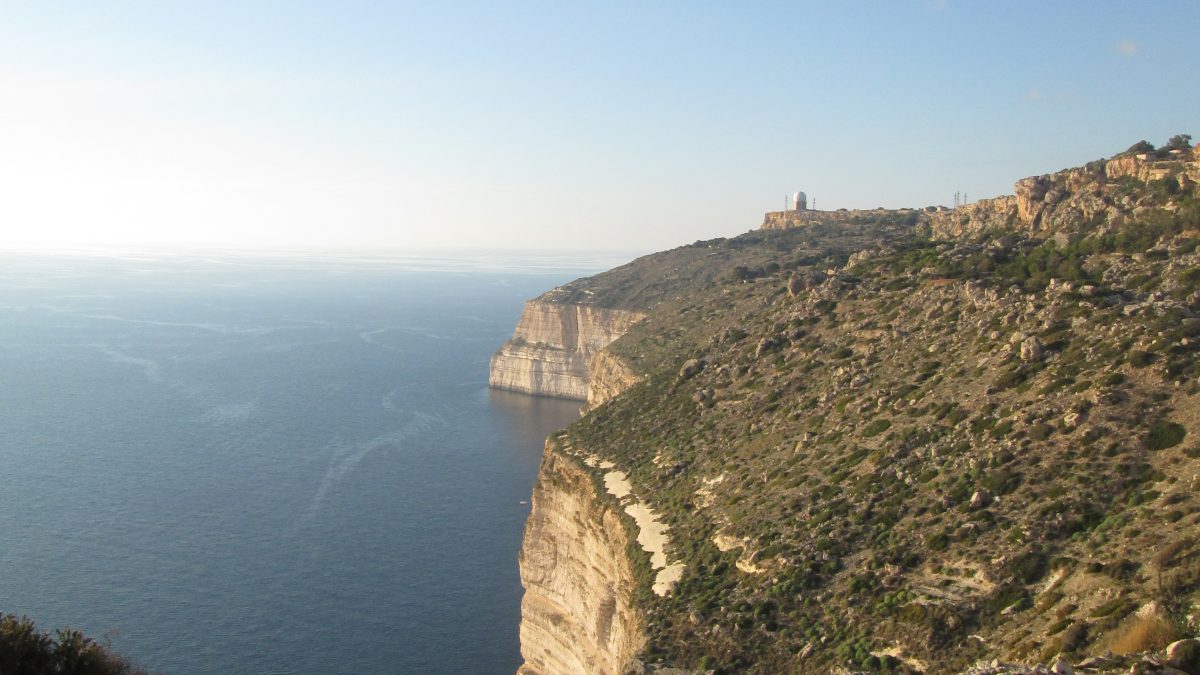 Boulder screes (locally called ‘Rdum’) are one of the striking features that characterise coastal cliffs.

The rock layers of the Maltese Islands, which are fully shown at Dingli Cliffs, are responsible for the formation of boulder screes. The Upper Coralline Limestone is the topmost rock of the Islands, found above the Greensands and Blue Clay. The Upper Coralline Limestone is weakened by erosion, leading to the collapse of sections of the cliffs. Boulders of different sizes slide down the clay slopes and rest at the base of the upper tier of cliffs.

Boulder screes are inaccessible and they create sheltered conditions for various flora and fauna species. One of the indigenous shrubs that can be found in the boulder screes of Dingli Cliffs is the protected Mediterranean Buckthorn (Rhamnus alaternus, Alaternu). This rare evergreen shrub is thought to be the fastest growing tree in the Maltese Islands. It uses several fascinating means to disperse its seeds, such as through ants that are attracted to the red fruit berries. The ants transport the berries underground and only then, can the uneaten seeds germinate.

There is also a particular species of snail, the endemic Maltese Door Snail (Lampedusa melitensis), which used to inhabit the Upper Corralline Limestone plateaux at the edge of Dingli Cliffs. This species was replaced by a competitor, and with the erosion of boulders the snail was moved further downwards with the falling rocks. The door snail is now limited to a few large boulders within the boulder scree at Dingli Cliffs at Rdum tal-Madliena. The population of this snail is only recorded at a few hundred individuals.

The landscape of boulder screes can be found along Dingli Cliffs, specifically along The Cliffs trail map, planned and developed by The Cliffs Interpretation Centre. One of the best spots to observe such boulder screes is at the headland of Wardija San Ġorg, one of the landmarks of the trail. At the headland, one can also find several archaeological remains, namely silo pits and remnants of a huge wall constructed without the use of mortar during the Bronze Age.