The edible fruit of the semi-wild Azalore tree 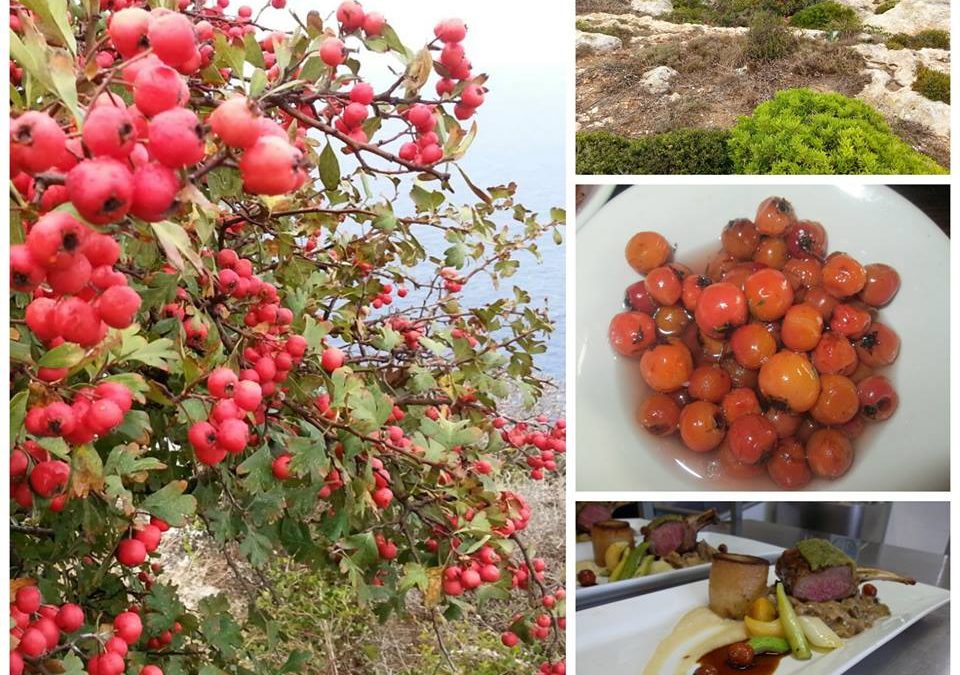 Have you ever heard of the edible Azalore hawthorn fruit? The deciduous Azalore tree or Mediterranean hawthorn (Crataegus azalorus, Għanzalor) is indigenous to the Mediterranean region, and it can grow up to 3m high as a wild, uncultivated tree. The stunning alternate leaves are divided into three lobes, the clustered white flowers are visible between March and May, whilst the edible fruits appear later in Autumn. The historical work by Borg (1922) on fruit trees in the Maltese Islands lists the Azalore tree as thriving in all soils, and that whilst it matures in September, it also keeps for a long time.1

The Azalore tree was formerly cultivated as a fruit tree, even in the maquis vegetation community along Dingli Cliffs. However, it has been left in the wild and can still be scarcely found along Dingli Cliffs. The Hawthorn tree offers good shelter to animals such as nesting birds, due to its thick branching2.

Other similar shrubs, belonging to the same Rosaceae family and Crataegus (hawthorn) genus, include the Common Hawthorn (Crataegus mongyna, Zagħrun) and the Hybrid Hawthorn (Crataegus x ruscinonensis, Għanzalor savagg). Some of the species of the Hawthorn genus have medicinal purposes including the treatment of cardiovascular diseases3.

The small fruit of the Azalore are bright red and resemble crabapple fruits. Whilst the refreshing fruit are very tasty when raw, they are also beneficial in the culinary arts. When the fruits are in season, The Cliffs Interpretation Centre serves them with game, including duck and quail. The azalore fruit also goes well with lamb dishes, and it can also be used as a cocktail garnish.