The dying fig and mulberry trees in Malta 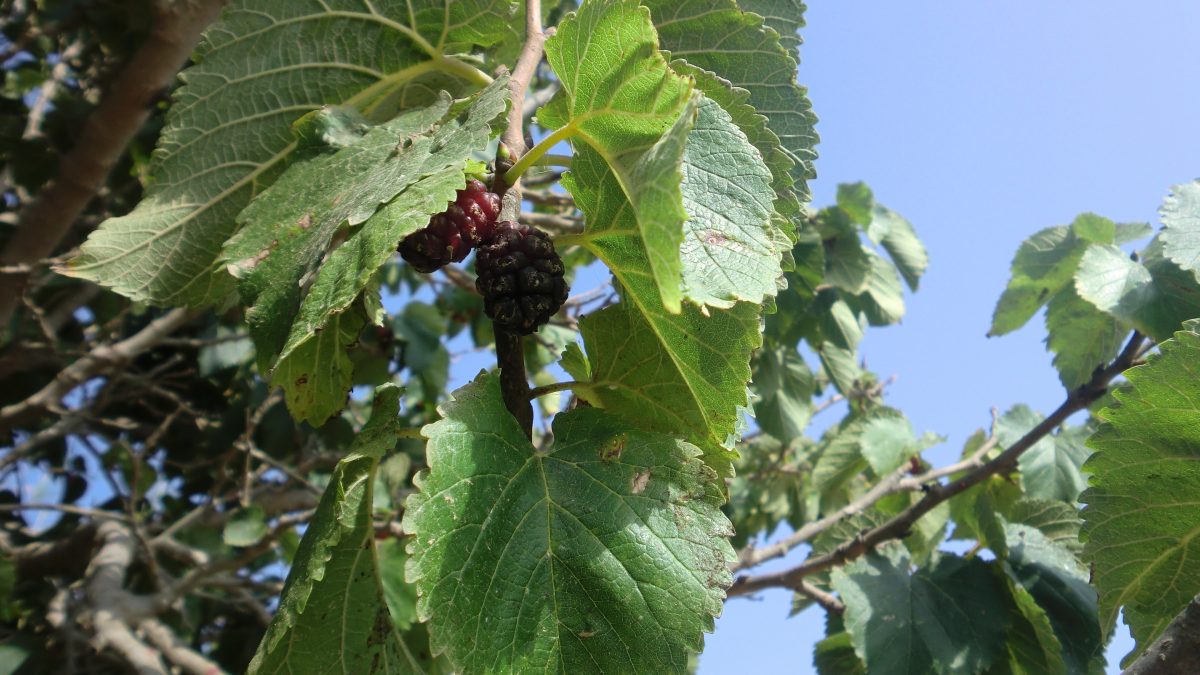 Edible figs (Bajtar) were one of the first cultivated trees, while the Black mulberries (Tut) have also been cultivated for a long time. Both trees are non-native to the Mediterranean, but have become naturalised in the Maltese countryside. Mulberries are a source of protein and they have a high concentration of the antioxidant resveratrol, benefiting heart health, while figs are a good source of protein and fibre.

Invasive beetle species have been present for a long time, but their number has increased exponentially due to the globalisation of trade and the creation of new transport pathways. Whilst the establishment of certain invasive alien beetles was anticipated, the introduction of the Phryneta leprosa in the Maltese Islands was unexpected (Mifsud & Dandria, 2002). The beetles of Cerambycidae family, from which the Longhorn beetle derives, are characterised by an elongate body, long antennae, their vegetable feeding nature and profuse breeding.

The first specimen of the alien Phryneta leprosa (Longhorn beetle, Ħanfusa tal-Qrun Twil tat-Tut) was recorded in 2002 after it has been accidentally introduced in Malta from Cameroon in Central Africa with wood of the timber industry (Mifsud & Dandria, 2002). After the accidental introduction, the pest spread over the Maltese Islands. It first attacked mulberry trees, decimating many trees and then started invading fig trees; it should be of note that both trees belong the Moraceae family. In Dingli Cliffs and the surrounding areas, mulberry trees have been attacked by the Longhorn beetle since 2008, while the invasive pest started destroying fig trees since 2012.

Human intervention is the only action that is able to reduce the extinction of such trees and control the damage done to Malta’s biodiversity. Larvae of the longhorn beetle bore inside tree trunks and feed until they reach adult stage, this behaviour referred in scientific terms as xylophagous (Mifsud, 2002). Adult beetles, which grow up to five centimeters in length, have also been observed to gnaw the bark of young mulberry shoots, despite their short life time (Mifsud & Dandria, 2002).

After damaging local mulberry and fig trees, the Phryneta leprosa is now threatening the White mulberry (Ċawsli) tree species. Another invasive pest, focusing its attention on the fig trees, is the bark borer beetle (Hypocryphalius scabricollis), which despite its miniscule 3mm length, eats its way into the tree’s bark from under the main stem and leads to pronounced damage (Times of Malta, 2014). This beetle was probably introduced when species of the Ficus family were exported from Asia in the 1930s and they have established themselves through the phenomenon of host-plant shift, by which the bark borer changed their preference of host plants by a change in their geographical distribution (Times of Malta, 2014).

(Product of The Cliffs Interpretation Centre)