The Corn Bunting and its nesting habits 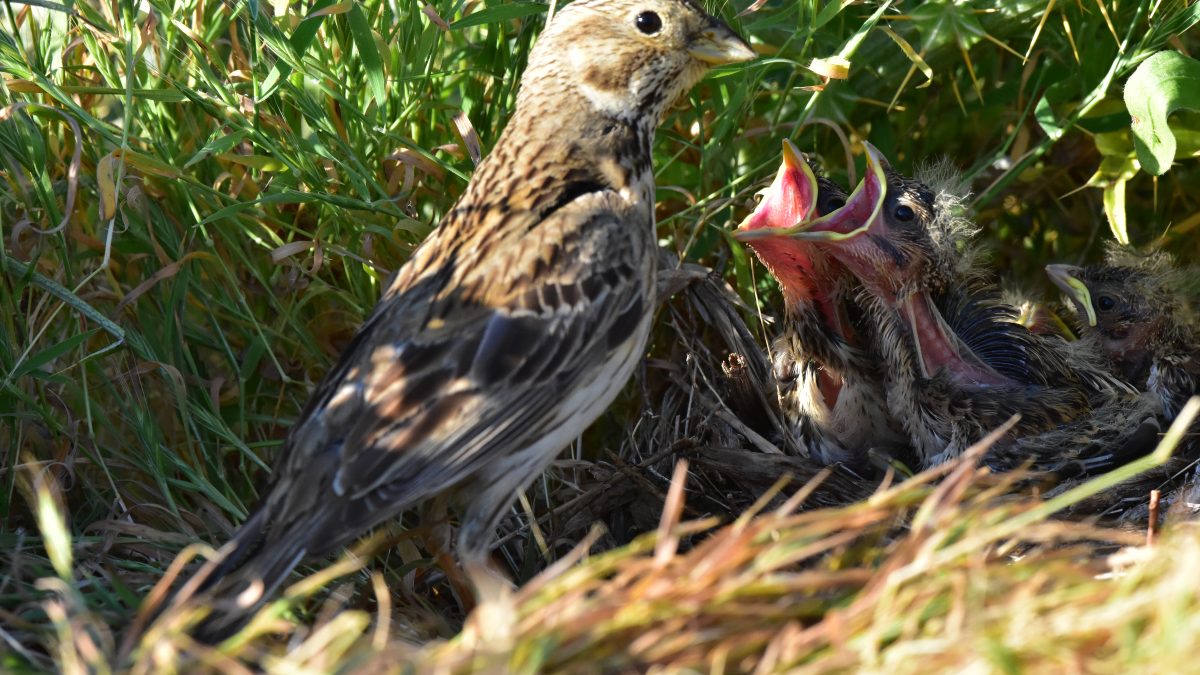 Amongst 20 bird species are recorded to have bred in the Maltese Islands throughout the years. The regular breeding species include the Cory’s Shearwater (Calonectris diomedea, Ċiefa), Cetti’s Warbler (Cettia cetti, Bagħal ta’ l-Għollieq), and the Sardinian Warbler (Sylvia melanocephala,Bufula sewda). Amongst the birds which occasionally breeds in the Maltese Islands is the Corn Bunting (Emebriza calandra, Durrajsa), a resident and partial migrant.

Corn buntings, often frequent exposed open ground, and are rather featureless birds, pale brown in colour with darker streaks in the underparts. The bill is particularly thick to be able to break seeds. Both males and females are about 17.5cm and look very similar in appearance. The males’ song is a unique repetitive jangling sound, similar to jangling keys.

Nest building is started off as early as February, made from roots and dry grasses, quite large in size and neatly built on the ground or in plants such as that of the Branched Asphodel. The inside of the nest is usually lined with softer material such as fine grass. The female lays 4-6 days between March and May, incubating them for 12 days and the young are able to leave the nest after 10 days – before they can even fly. The female can lay eggs twice in one breeding season. Nest construction, incubation and feeding chicks is the female’s job, and the male’ role in parental care is minimal, males only feed the chicks when they are over half grown.  When feeding the young, the corn bunting feeds on insects such as butterflies, crickets and spiders, but it also prefers feeding on seeds of wild plants. In the past, the Corn Bunting was a very common breeder in Malta, especially in agricultural fields with sulla or corn, but it has declined throughout the years, and is nowadays restricted to undisturbed garrigue and steppe habitats.  A combination of human disturbance and urbanisation can be factors as to why this species is declining, not just in the Maltese Islands, but throughout Europe since the 1970s. In the UK alone, numbers fell by 86% from 1967 to 2008. Since the nest is located on the ground and the Corn bunting is a bird of open country, intensive agriculture, decline in cereal cultivation, hedgerow removal and pesticide use in Europe are depriving it of its food supply.