The chapel at the edge of Dingli Cliffs 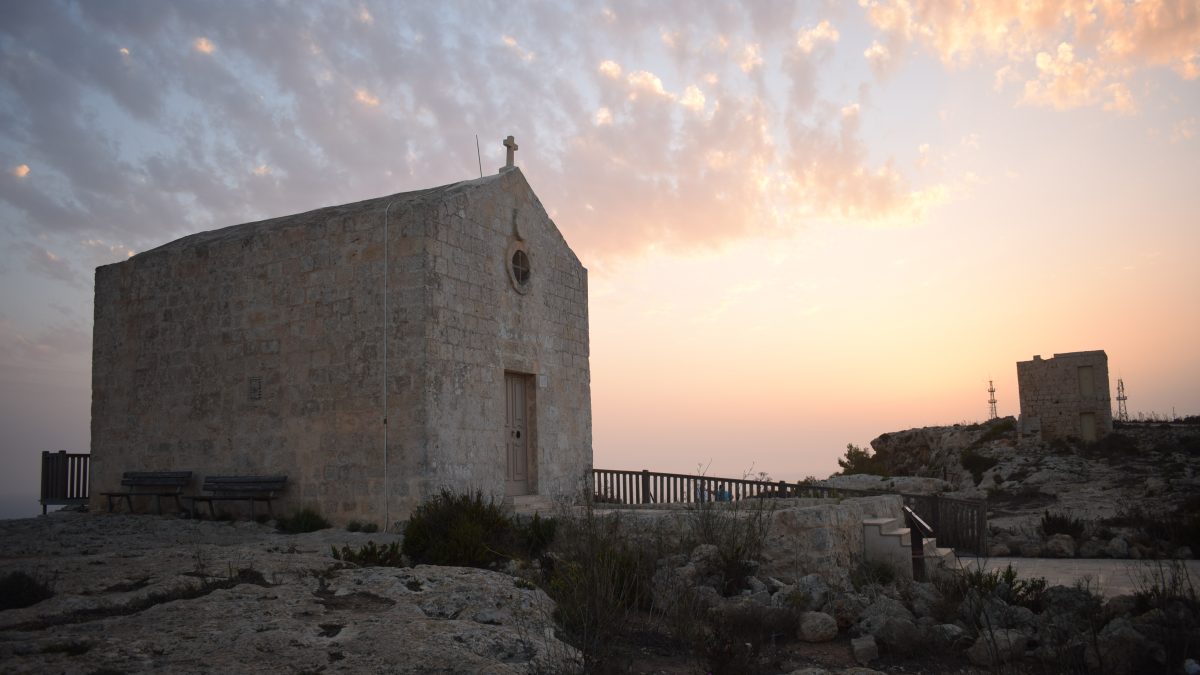 The Chapel of Saint Mary Magdalene, at the edge of the cliffs offers picturesque photo opportunities of Dingli Cliffs, both towards the sea and even inland.
This small chapel, which is accessed via a flight of steps, has a very plain façade, a round window over the door, a slanting roof and a small Cross on top. Back in 1446, this chapel was in existence, however it was later rebuilt in 1646 after it had collapsed. An inscription atop the main door refers to the opening of the chapel in mid-April 1646. This chapel was even used as a point of reference for fishermen at sea in South-western side of the Maltese Islands.
Just on the right hand-side of the door is a latin inscription “Non gode l’immunità ecclesiastica”,most probably dating back to the late 16th century. Simply translated, it referred to the fact that the church did not offer sanctuary or protection to criminals.
In the past, mass at the chapel was held on the 22nd of the July, the day of the feast of St. Mary Magdalene – a tradition which still persists to this day.