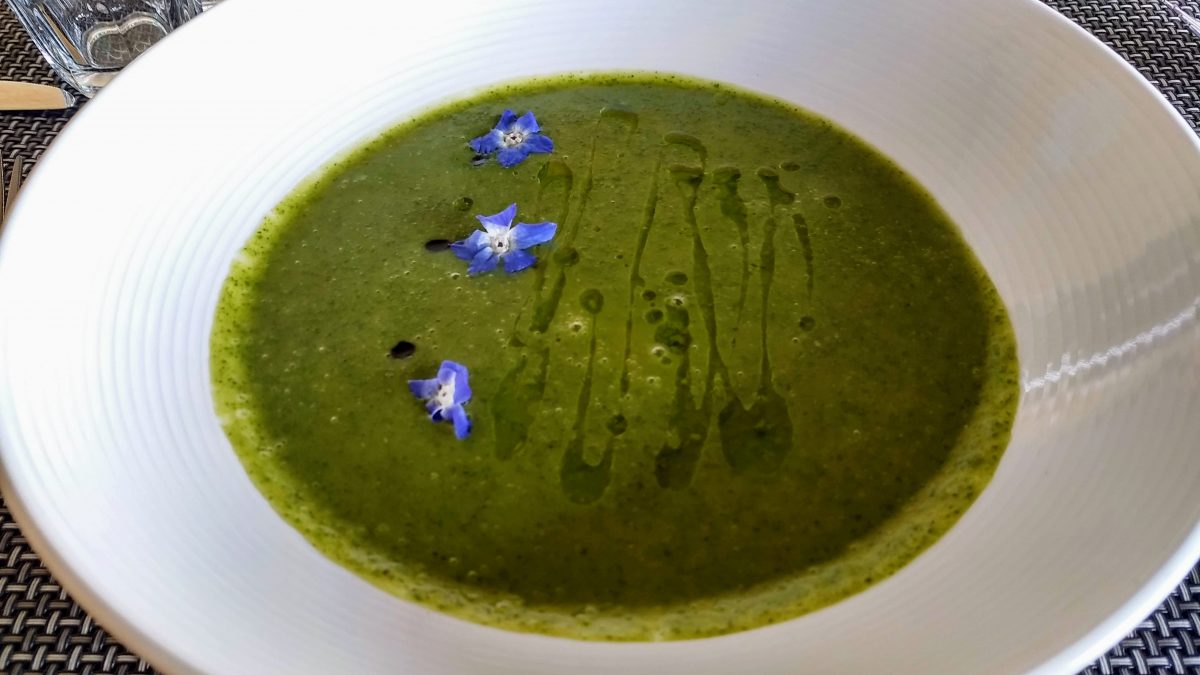 Wild plants used to form the basis of culinary dishes and medicinal remedies in traditional Maltese practices. Different times of the year mean different types of wild edibles. The Wild Fennel, Borage and the Stinging Nettles are amongst the edible plants that are processed at The Cliffs Interpretation Centre, to highlight traditional practices of local produce.
The aromatic Wild Fennel (Bużbież, Foeniculum valgare) grows substantially along Dingli Cliffs and the surrounding garrigue. In fact, this plant is highly adapted to survival in areas of high temperatures and limited water supply. Being an umbellifer, the fennel is a member of the carrot family with several culinary uses, amongst which the young shoots can be used to flavour food.
The tiny star-shaped blue flowers of the borage have started to appear along the Maltese Islands’ countryside. The Borage (Fidloqqom, Borago officinalis) has value both as a medicinal plant and even for culinary practices. The history of medicinal uses of this plant is quite long, dating back to Ancient Greece when the plant was given to gladiators before a fight to aid in the production of adrenaline. In Malta, it has been traditionally used to treat respiratory system disorders, skin disorders and coughs, however it has other benefits due to its anti-inflammatory properties. The kitchen of The Cliffs makes use of the Borage by processing fresh seasonal leaves into soup. Ravioli filled with the leaves of the borage are also found in the menu.
Another plant which is often mistakenly referred to as a weed is the Nettle. Widely known for its medicinal properties, the Stinging Nettle (Ħurrieqa, Urtica dubia) provides anti-oxidant, anti-microbial and anti-inflammatory effects. The leaves of the nettle are very nutritious; in fact The Cliffs Interpretation Centre prepares nettle soup when the shoots are still young.
Through infusing traditional culinary practices related to the use of edible wild plants, The Cliffs Interpretation Centre is continuously striving to preserve cultural aspects related to local gastronomy, traditions and the local’s way of life, hence strengthening its motto “A new concept…local produce”.