The Bear’s breeches plant and specialised bees for pollination 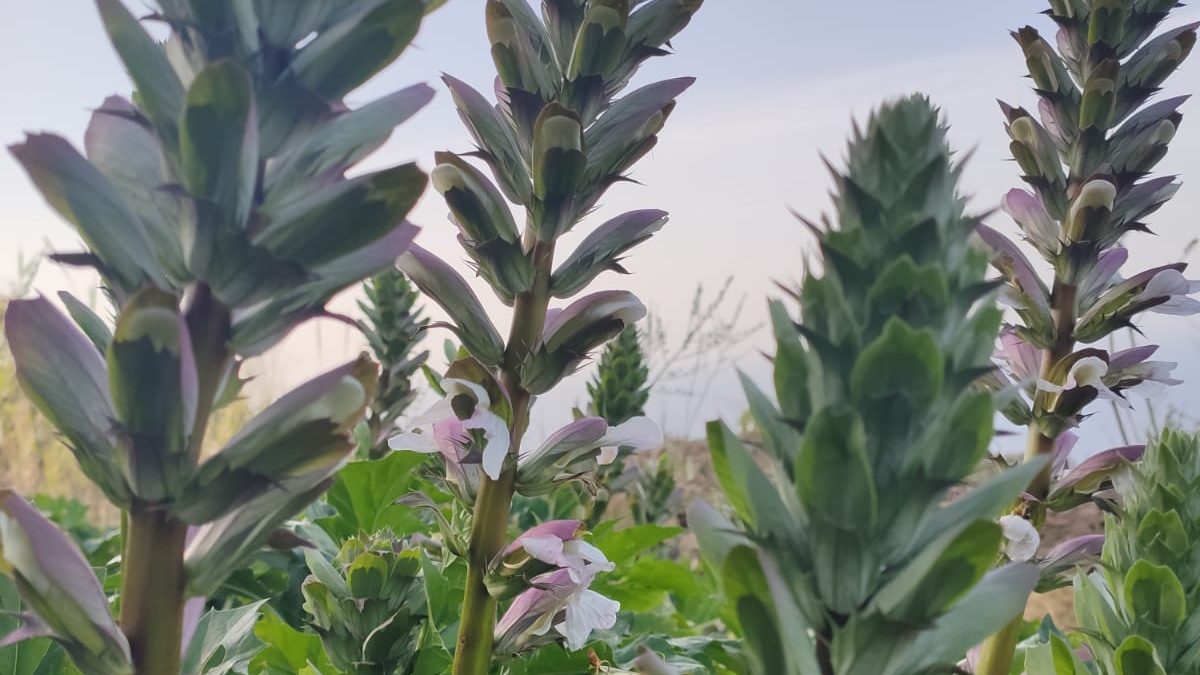 In areas which provide shade and dampness such as areas behind walls or along valleys, one may currently encounter the common Bear’s Breeches plant (Ħannewija, Acanthus mollis).
This plant which often grows in groups, has an upright stem which rises upwards up to 1m. The large soft-textured dark green shiny leaves, which grow up to 1m in length, are often retained all year round. Each flower head can produce up to 120 whitish to pinkish hooded flowers, which appear between April to June.
It can only be pollinated by bees which are large enough to force their way to get inside the flower and reach the nectar at the bottom.
This plant forms the inspiration for one of the three main columns in classical Ancient Greek and Roman architecture dating back to about 500BC. From the Doric, Ionic and Corinthian column types, the latter is the most decorative and based on the leaf-motif of the Bear’s Breeches plant. Similar plant motifs even feature in Medieval and Renaissance sculpture and woodwork.
The presence of this plant in the Mediterranean is natural. In fact, certain Maltese traditional folk medicine resorted to the use of the Bear’s breeches to soothe burns.