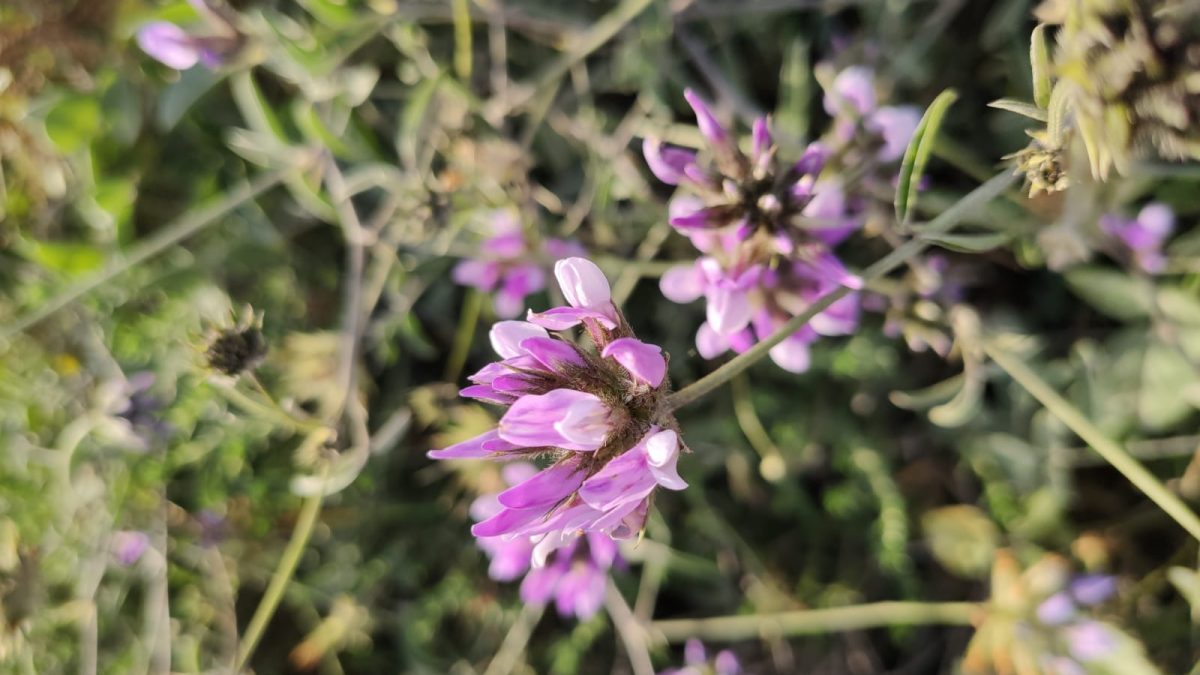 Mediterranean climate ecosystems are rich in legumes, with the Pea (Leguminosae or Fabaceae) family identified as a major component of the vast majority of habitats and sub-regions in the Mediterranean. About 91 plant genera and comprising around 1956 species and 495 sub-species are found in the Mediterranean. In the Maltese Islands, of over 112 plant species in the Pea family, a common leguminous plant is the Pitch Clover (Bituminaria bituminosa, Silla tal-Mogħoż), found in most habitat-types even around road-sides.

This herbaceous plant with grows to about 30cm high with a flowerhead at the end of the highly branched wiry stem. The surface of the stem and leaves is covered by soft short hair.  The leaves are trifoliate, consisting of three, similar, lance-shaped leaflets and if crushed or stepped-over, they emit a smell resembling asphalt (bitumen) or pitch – hence the name Pitch Trefoil. The semi-spherical flower head often consists of a cluster of 16-24 pale purple flowers, the lower of which are the first to bloom from February to June.

This plant can be used as a nitrogen-fixing perennial legume and a forage plant, used for feeding goats.  Studies show that this plant has an important constituent called Psoralen which is of a certain medicinal importance, making the skin more sensitive to light, and hence if combined with Ultraviolet light therapy can be used to treat skin conditions such as psoriasis and vitiligo.