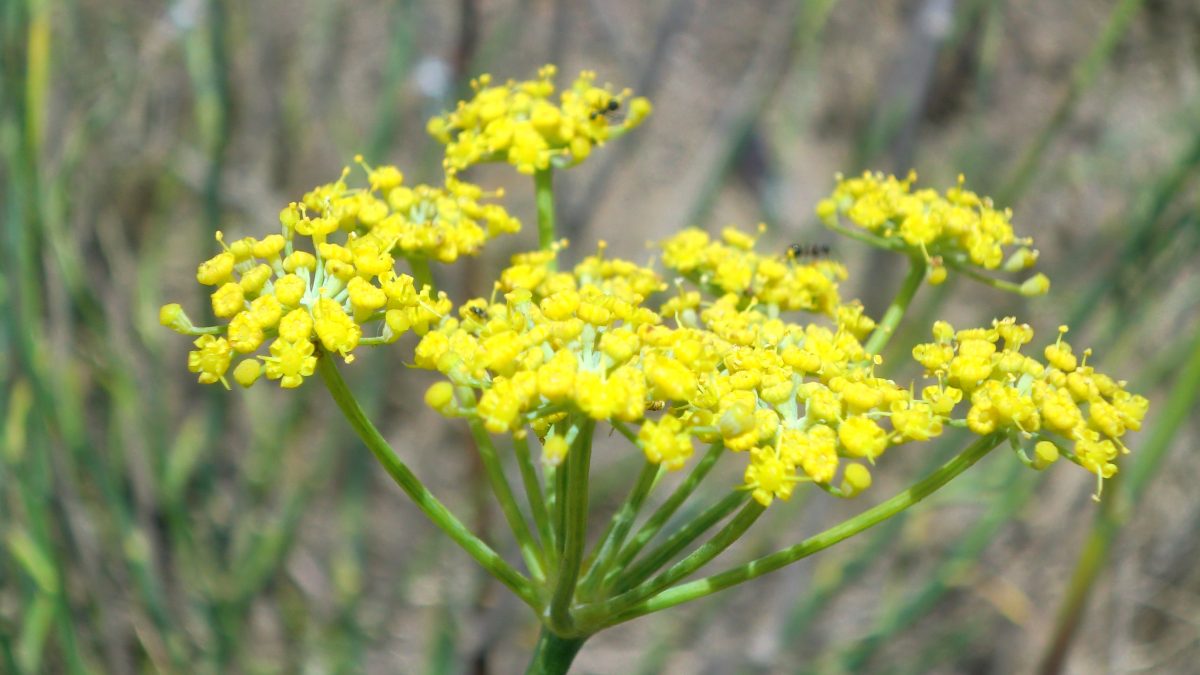 Visit Dingli Cliffs during these hot summer days and count the number of fennel plants! The Fennel (Bużbież, Foeniculum vulgare) is an unmistakeable plant, which is common not only along garrigue ecosystems, but also in disturbed habitats and abandoned land. One conspicuous observation of the fennel, is that it is almost always found at the margin between land holdings. Despite its frequent occurrence, the fennel has ecological and gastronomical roles.

The perennial fennel herb, which grows up to 2.5m in height, produces flowers in terminal umbel forms that appear between May and October. The fennel is indigenous to the Mediterranean region. The word “Marathon” is a Greek word, literally translating to fennel, whose plant has been regarded as a symbol of success for athletes’ stamina before the Olympic marathons. The ancient Romans cultivated the fennel for its aromatic fruit and succulent edible shoots. Its medicinal properties include diuretic, the treatment of infections and it also aids in the stimulation of milk flow in nursing mothers, including livestock1.

In the beginning of summer, the last local shepherd can be seen herding his goats and sheep in the early morning at Dingli Cliffs, whose livestock feed on the fennel. Ecologically, the fennel supports the feeding habits of the larvae of the endemic Maltese Swallowtail butterfly, the largest butterfly in the Islands, often called Farfett tal-Bużbież in Maltese.2 Moreover, the Striped Shield bug (Spallut Irrigat), whose striped red-and-black pattern indicates that the insect is foul-tasting to potential predators, is often found on the fennel plant.2

In the Maltese Islands, mid-summer is the time for the harvesting of the aromatic fennel seeds, which then accompanies many traditional Maltese oven baked recipes such as roast potatoes, locally called ‘patata l-forn’. Small packets of wild fennel seeds can be found at The Cliffs Interpretation Centre, whilst the foliage is served as a garnish in soups, pasta and meat dishes.