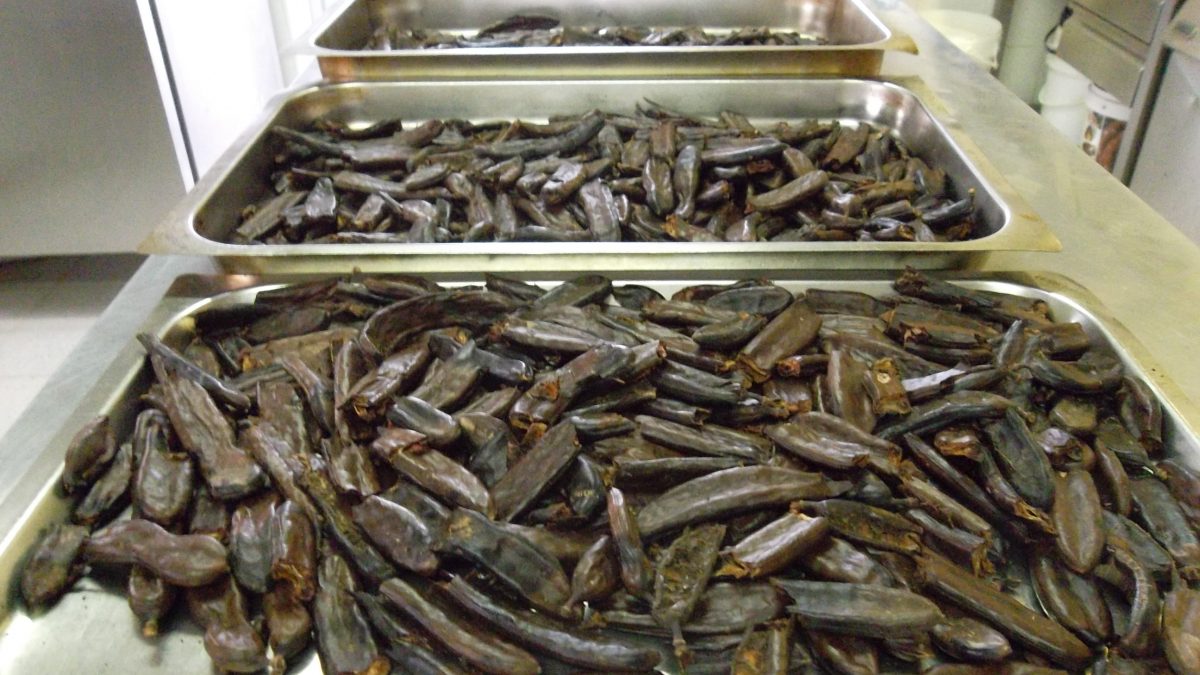 The Carob Tree (Siġra tal-Ħarrub, Ceratonia siliqua) is one of the most characteristic species that defines Maltese maquis communities. It is indigenous to the eastern Mediterranean region and its culinary use dates back to ancient times1. Late August, before the first autumn rains, is often characterised by the harvesting of the carob pods.

The typical carob trees in the Maltese countryside often reach 15m in height within a time-frame of half a decade. The Carob tree is adapted to the Maltese climate; despite its evergreen nature, leaves are shed all year round to act as dried organic matter for the cycling of nutrients within the soil. The Carob’s deep roots are also another adaptation to the hot Mediterranean climate. The longevity of the carob has also given rise to Maltese linguistic idioms such as “Xiħ daqs Ħarruba,”literally meaning as old as a Carob tree.

While Carob trees are sexually differentiated, they have a mutual interaction. Flowers produced by male trees are pollinated by insects and returned to the female flowers, whereby the latter produce carob pods.2 Carob honey, which is harvested in November, follows the blooming of the carob flower and is beneficial for foraging bees.

The Carob has an interlocking link to Maltese World War II history since instead of feeding them to livestock such as horses, pigs and sheep, the locals used to eat dried carob pods as a supplement to rationed food during the hardship of war.

The Cliffs Interpretation Centre produces and packages the traditional carob syrup (Ġulepp tal-Ħarrub) which has been used to soothe sore throats and ease coughs when diluted in hot water and lemon juice. The syrup contains thrice the calcium in milk, and is rich in iron, magnesium, phosphorus, vitamins and natural fibres1.