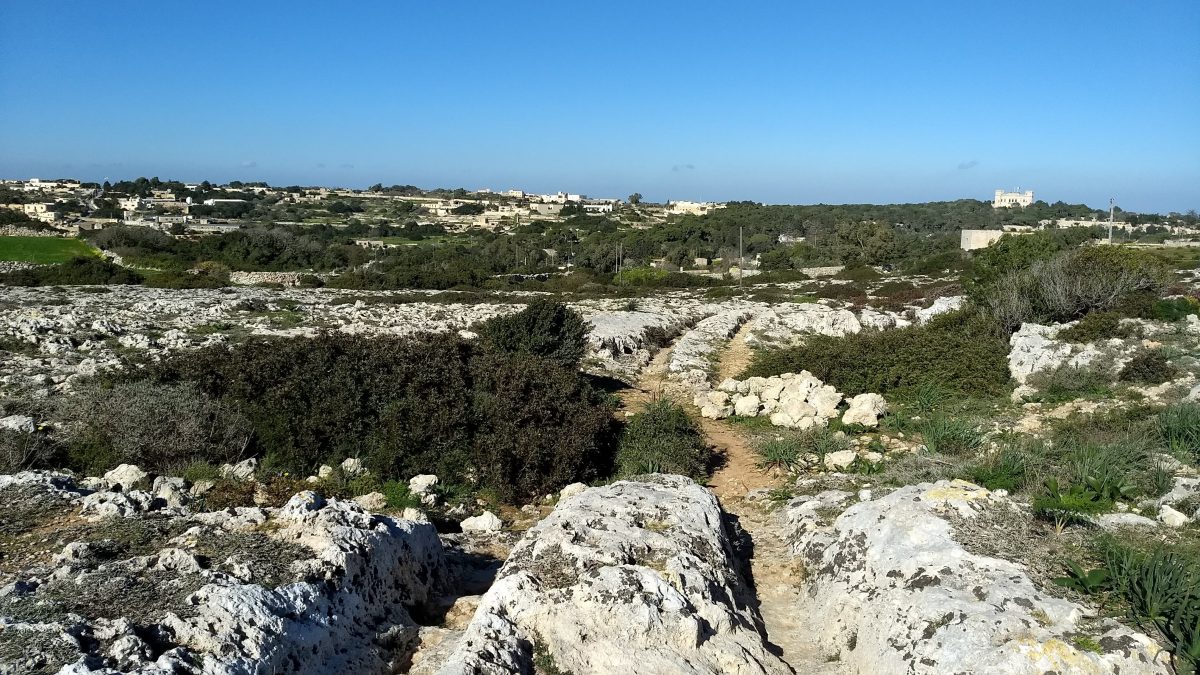 The densest intensity of cart ruts in the Maltese Islands is located at Clapham Junction, locally known as Misraħ Għar Il-Kbir and located very close to Dingli Cliffs.
There are over 200 sites in the Maltese Islands where the cart-ruts appear, especially on exposed coralline limestone terrain with a rugged karstic morphology – but the largest concentration of more than 40 ruts is found at Clapham Junction. The English name “Clapham Junction” is a reference to the busy railway station in London named Clapham Junction. After all, in certain sections of the site, the cart ruts converge into each other like railway lines outside a busy station.
Cart-ruts are pairs of parallel rock-cut channels, sometimes occurring in single pairs but often found in clusters, with a constant gauge of 1.4m. They vary in depth between 10-60cm.
The age and purpose of the cart ruts is still a mystery. It is often presumed that the Clapham Junction site developed in 2000BC after new settlers came from Sicily to start the Bronze Age in The Maltese Islands. Three shaft-and-chamber Punic tombs are found in the area, one of which is found above a pair of cart-ruts, suggesting that the cart-ruts were present much before the construction of the tomb.
It has generally been accepted that cart-ruts were man-made. The most plausible theory about the purpose of the cart ruts is the transport of material on sledges with tracks gauged into the rocks. Another possibility is that they were used as irrigation channels. However, by far the most fantastic idea about the cart-ruts is that they served as launching runways for alien spacecrafts!!