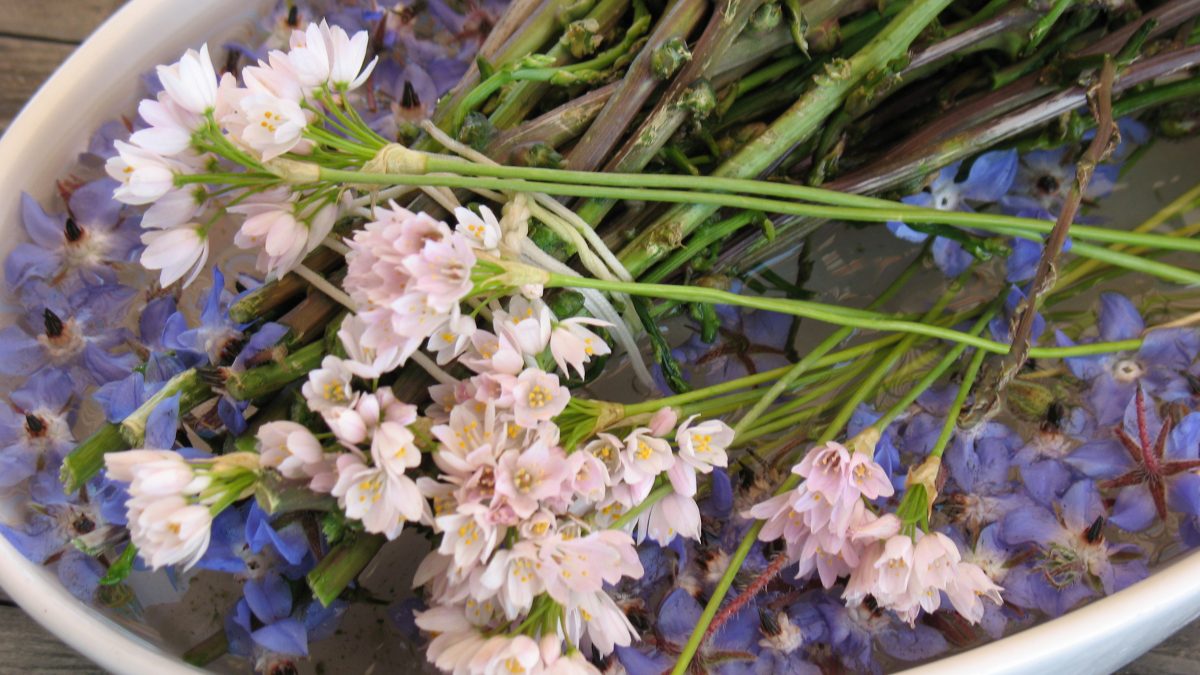 The garrigue environment of Dingli Cliffs is home to over 1100 species of wild plants, and springtime is a good time to be foraging in the countryside. One of the edible plants that can be harvested is Mediterranean Asparagus (Spraġġ Xewwieki, Asparagus aphyllus), a very common shrub. This plant is adapted to the dry Maltese summer, with spiny shoots instead of leaves. The new shoots appear during a couple of weeks from February to March as juicy, soft tips. The young sprouts are edible and these may be foraged for culinary purposes. Cooking with asparagus shoots dates back to Ancient Egypt times, in fact the oldest recipe for cooking asparagus is found in the oldest surviving book of recipes dated 3rd century AD.

The Cliffs Interpretation Centre has innovated the “New concept…local produce” since its opening six years ago. It innovated thinking outside the box to amalgamate local food produce with environmental awareness about the area and the traditions maintained by the locals. In fact, wild asparagus is featured in the seasonal specialities such as side dish or with risotto dishes. Other produce processed at the kitchen of The Centre include the edible borage and mallow plants, which have also been traditionally used in the past for medicinal purpose, apart from their edible value.

Information about local produce is also disseminated through The Centre’s free tours, consisting of an informative audiovisual in The Centre’s lecture room and the accompanied eco-walks organised weekly with several schedules.

The activity consisted of the Audiovisual at The Cliffs Centre’s lecture room followed by the accompanied walk with personnel from The Cliffs Interpretation Centre and Greenhouse Malta. Several orchids were spotted and recorded, including even the Maltese Spider Orchid (Ophrys melitensis, Brimba sewda), one of the two endemic species. This scarce species flowers between March and May, first forming a rosette of leaves, with the flowering stalk growing from the centre of the rosette. The flower pattern of the lip is hairy with a bright blue pattern.

Other species that were today recorded include the Serapias parviflora (Small-flowered Tongue Orchid, Orkida ta’ l-Ilsien iz-Zghira) and the Anacamptis corophora subs. Fragrans (Fragrant Orchid, Orkida tfuh) all of which are indigenous Mediterranean species. The fragrant orchid is quite interesting since the flowers are fragrant. All such orchids are often found in garrigue habitats, characterised by shrubs and grasses in pockets of soil within rocky terrain.

For other interesting encounters with wild flowers, join us in one of our eco-walks organised every week by The Cliffs Interpretation Centre. More info on our website http://www.thecliffs.com.mt/tour-information/