Spring-time visitors to the Maltese Islands – the Eurasian Hoopoes 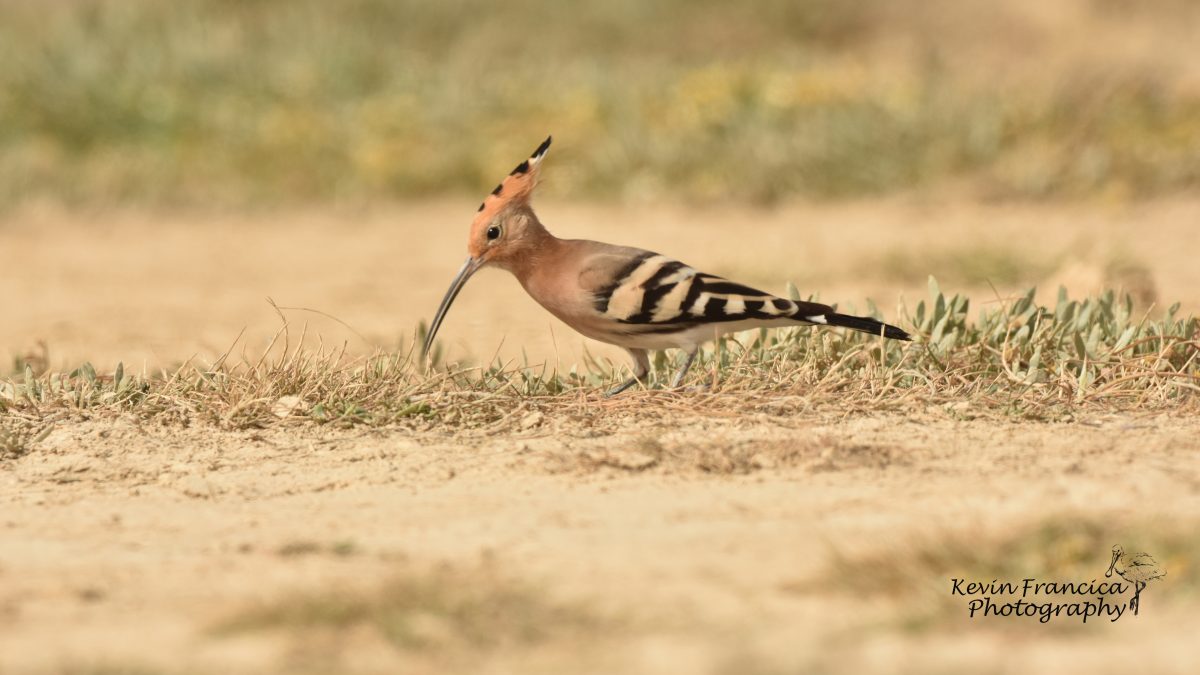 One of the most colourful European birds is the Eurasian Hoopoe (Daqquqa tat-Toppu, Upupa epops), a medium-sized bird with a wingspan of about 45cm. This bird is one of the many species which visit the Maltese Islands during spring-time, most often between mid-March to mid-April. In the Maltese Islands, it is often encountered in open countryside, garrigue habitats and even woodlands. The recent days, continuous strong easterly winds brought numerous hoopoes to the Maltese Islands. In fact, the south-western cliffs of Dingli offered the right shelter for such magnificent birds.
The Hoopoe is easily identifiable by its orange body, black-white striped wings, long curved bill and a distinctive tufted crest on its head. The crest usually fans out when the bird is on alert-mode or when it is about to fly off from the ground. Considering their distinctive appearance, Hoopoes were considered sacred in Ancient Egypt with their depictions being discovered along the walls of tombs and temples.
The flight of the hoopoe is very similar to that of a butterfly, flapping a couple of times and then then flying with its wings closed. It is often seen flying low over the ground. The diet of the Eurasian hoopoe is mainly focused on insects, but sometimes seeds and berries are also consumed.
Did you know that the English name “Hoopoe” actually derives from the call of the bird, similar to op-oop-oop!! These birds also have a strange behaviour – they sunbathe by spreading out their wings and tilting their hands up!!