Ruby red of the Pomegranate Jelly 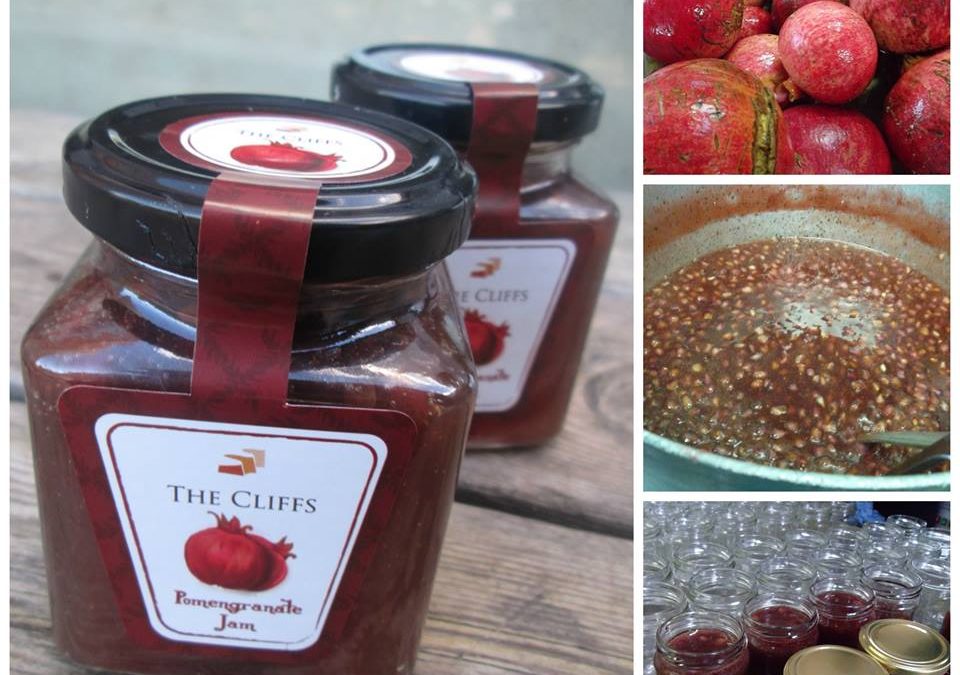 The small tree of the Pomegranate is native to Asia, but it has become naturalised in the Maltese Islands for a long time. It is in fact one of the most ancient fruits, even mentioned in bible writings. The name pomegranate derives from French, translating to seeded apples. There is belief that the pomegranate is the forbidden fruit consumed by Eve in the Bible’s Garden of Even.

The well-branched tree often grows up to 5m, with green leaves; the bright-orange flowers are produced into the pomegranate fruit, consisting of dense arils embedded in a juicy pulp from which pomegranate juice is made.

Pomegranates contain several anti-oxidants, are a very good source of Vitamin C and potassium. Pomegranate juice has several beneficial effects including anti-cancer properties, cardio-protective properties, the treatment of diabetes and Alzheimer’s and more.