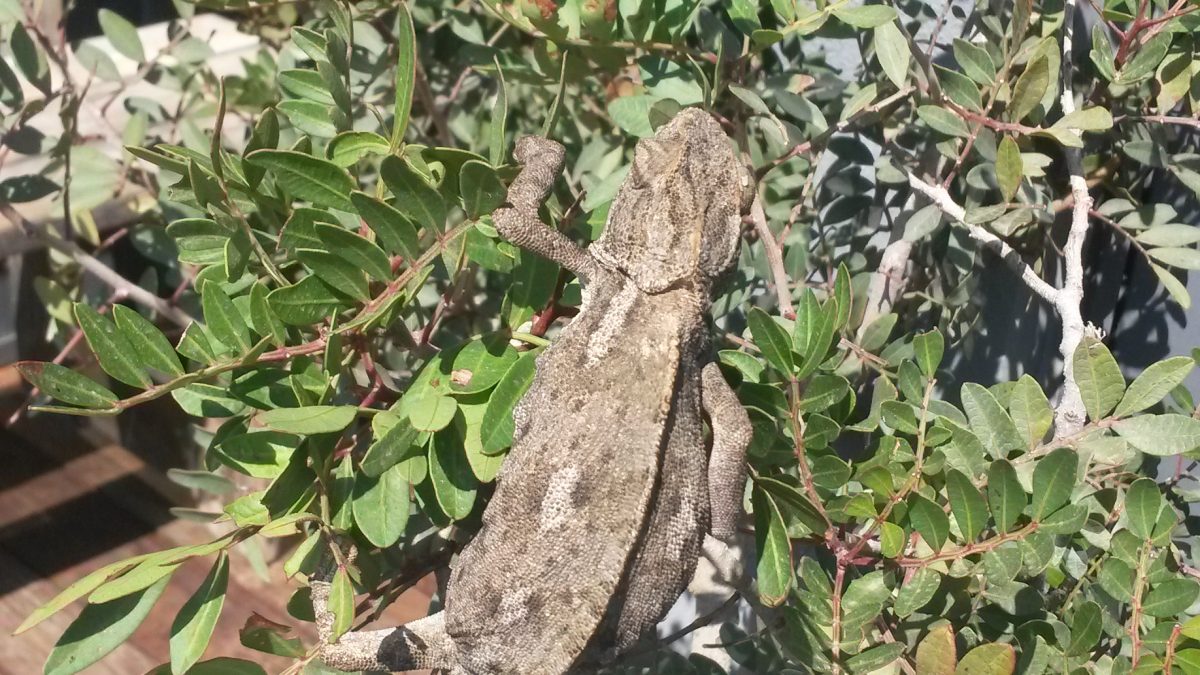 This chameleon was rescued whilst crossing a road close to Dingli Cliffs. It was then released in a shrub. Currently, from mid-July to September, during the mating season, one might see pairs of chameleon, but throughout the year, the chameleon is a solitary reptile. It is important to note that the chameleon is protected by law and and one should not keep, kill or sell them.

The Mediterranean Chameleon (Chamaeoleo chamaeleon, Kamalejont) was brought to Malta from North Africa and introduced in a residence in a private gardens in St. Julians in the mid-1800s, but it then spread all over Malta.

This reptile inhabits trees, shrubs, low-lying vegetation and open countryside, using its four tours to grasp branches and its tail to maintain balance. It can grow up to 30cm and is normally green or brown in colour with pale markings. When threatened, it changes colour, puffs its body and opens its mouth to appear fiercer. The chameleon feeds on insects, using its protractible long tongue, which is often two times the length of its body. Its eyes can be rotated independently from each other. Thus, the chameleon, has a full 360° arc of vision, and can focus on two different objects simultaneously.