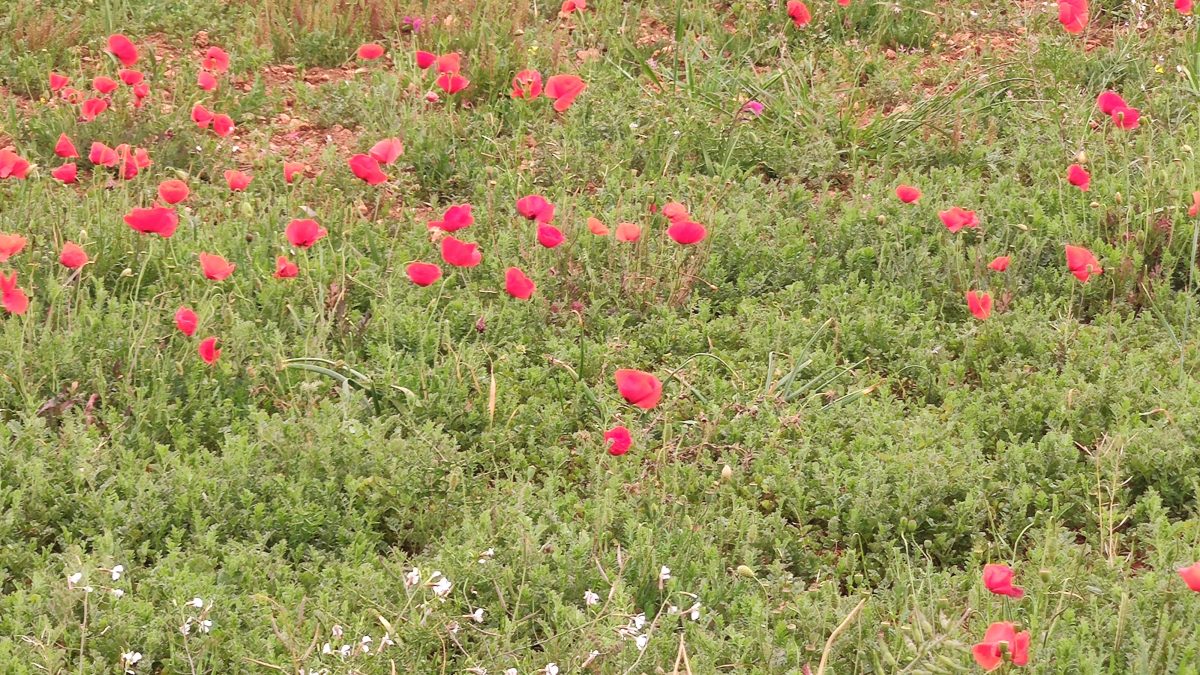 The Red Poppy (Peprina Ħamra, Papaver rhoeas) which flowers between March and June is a very common plant which is often found in arable fields and waysides.  It forms a long-lived seed bank that can germinated when the soil is disturbed.

This annual plant which grows from seed is actually indigenous to the Maltese Islands, and has been present on our islands before the arrival of man. Probably, it originated in the Far East and Asia.  It is one of the most popular European wildflowers, often used to signify World War I.

The common Red poppy is different than the Opium Poppy (Xaħxieħ Vjola, Papaver somniferum). In fact, the heads and latex of the Opium Poppy were used as sedative in traditional Maltese medicine. About 6 species of poppy can be found growing in the Maltese Islands. The black seeds of the Common Poppy and the leaves are actually edible both raw or cooked. Moreover, in the past red dye was extracted from petals to create food colouring of medicine and wine.