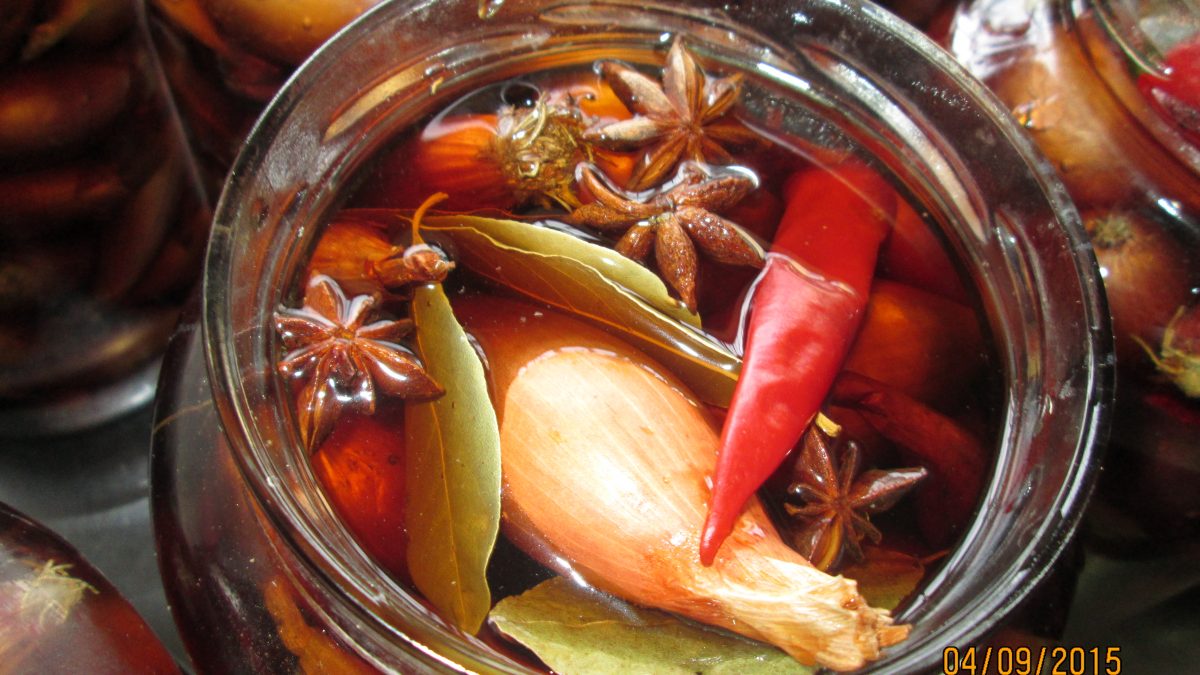 Pickled onions are one of traditional delicatessen produce in the Maltese Islands typically left to dry on roofs. In the past, they would be accompanied by the drying of homemade cheese lets, sun dried tomatoes, olives in brine and even pumpkins.
Small pickling onions are put in a jar with vinegar, together with some bay leaves and red peppers for added flavour. The jars are placed somewhere where they are easily hit by sunlight, since the onions have to mature in the sun first. Then they are often placed in the dark, resting for another two months before they can be eaten.
At The Cliffs Interpretation Centre, homemade pickled onions are served with our One Kilometre Platter, alongside other traditional Maltese food produce, including goat’s cheese, sundried tomatoes, pickled vegetables, marinated olives, capers and artichokes! Look at our innovative menu, featuring local produce and educational information!