Of Carob pods and Gold 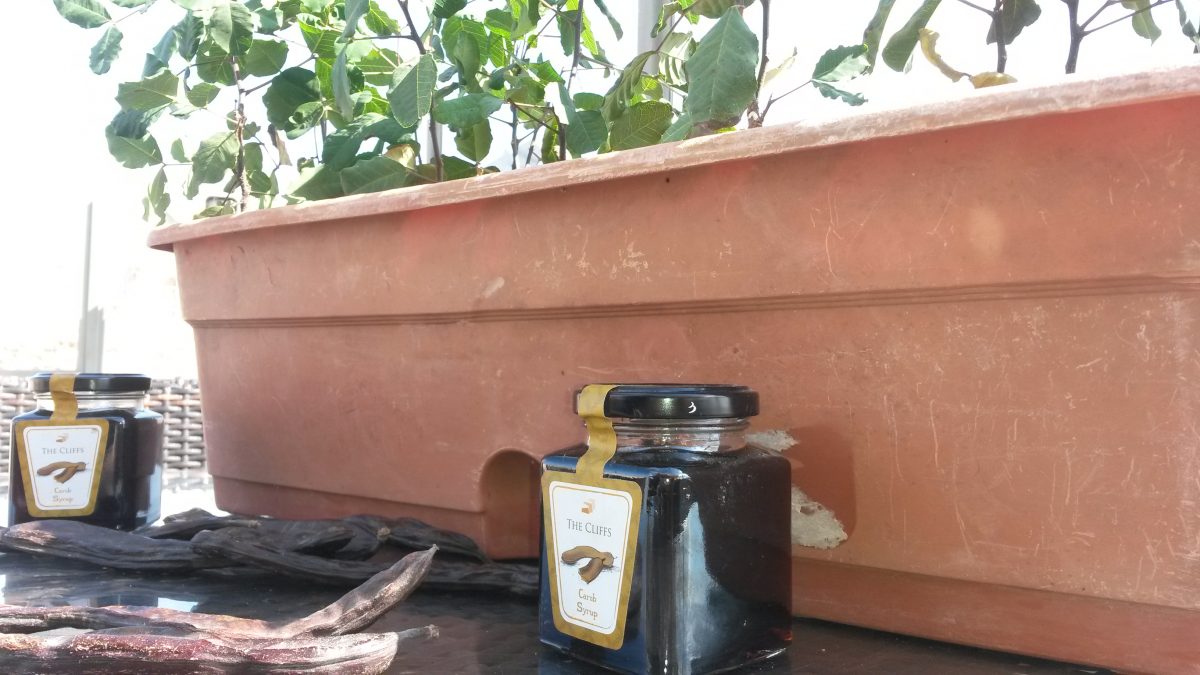 One of the Mediterranean’s oldest and mature trees is the Carob (Certania siliqua, Ħarruba), which often grows without care or cultivation. The evergreen tree is also resilient to drought and tolerates hot and humid coastal areas. The carob tree starts to bear fruit – carob pods – after six to eight years of growth.

The carob pods start developing in November, however they take till August to mature, turning to a glossy dark brown colour. The hard seeds are not edible. The pods are often collected after the Feast of the Assumption of Our Lady (15th August) as fodder crop to feed livestock. During the times of World War II, the carobs were valued for human consumption. The term “a penny a pod” was common, attesting to the high prices of the carob, which would give protein and carbohydrates in times of need.

One of the traditional local products of the Maltese Islands is the Carob Syrup. Diluting a teaspoon of carob syrup in a glass of hot water is often used as a natural remedy in the treatment of sore throats and coughs. Another traditional recipe that involves the carob include the ‘Karammeli’, a sweet treat often sold on Good Friday.  The carob is also frequently used as a chocolate substitute for baking; since it doesn’t contain caffeine it is often considered as a healthier option.

Biblical stories attest to the Mediterranean nature of the carob – it is also called St. John’s Bread since it is thought to have been consumed by St. John the Baptist in the wilderness and they were also eaten by the prodigal son in Jesus’ parable.

The weight of the carob seeds varies so little – each weighs approximately 0.02 grams. In the past, such seeds were used to weigh gold. In fact, the word ‘carat,’ a unit of measurement for gemstones and of purity for gold, takes its names from the Greek word ‘keration’ meaning carob seed. An ancient practice in the Middle East involved the weighing of gold and gemstones against the seeds of the carob. The system was eventually standardized and now, one carat is fixed at 0.2 grams, meaning you need ten carob seeds to have the same worth in gold!