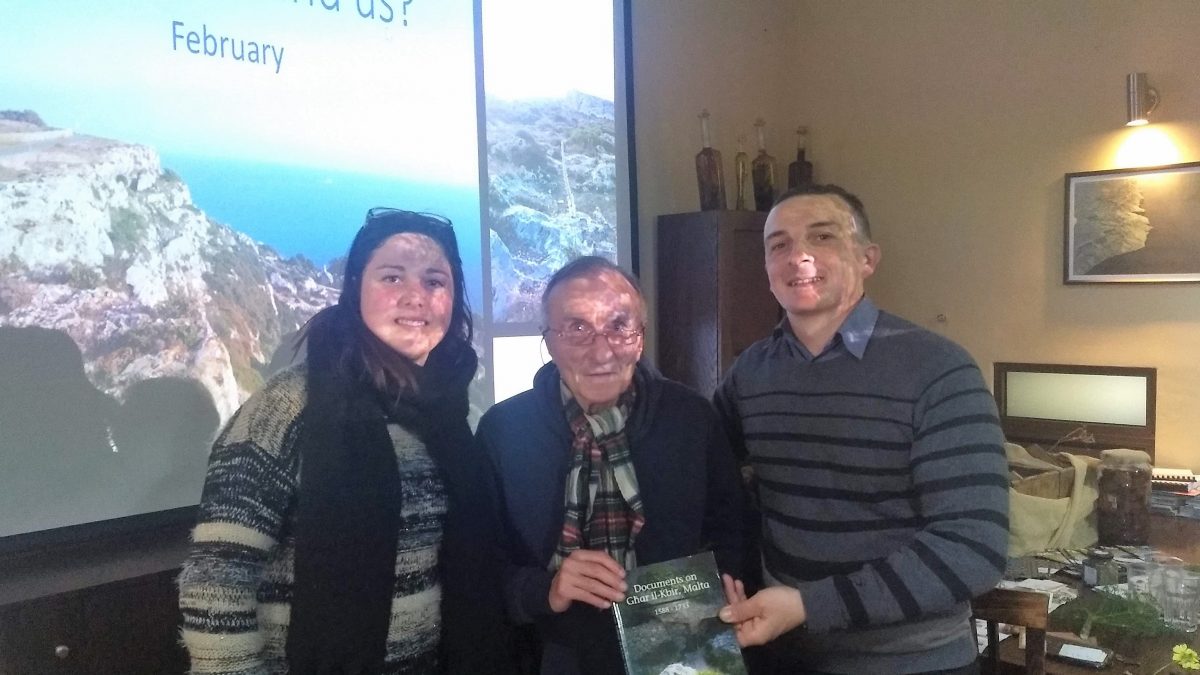 Earlier today, Mr. Joseph Borg, a genealogist and author of “Documents on Għar il-Kbir, Malta 1588-1733” visited The Cliffs Interpretation Centre. Through his profession, Mr. Joseph Borg was introduced to the marriage contracts involving inhabitants of the cave complex. His interests in ancestral heritage, genealogy and enthusiasm for the cave complex dwellers are remarkable.
The book was published in 2013, and focuses on eighteen documents, signed between 1588 and 1733, reflecting the cave dwellers and their social aspects. The transcribed and translated comments are notarial deeds of couples prior to getting married, declaring the goods they were bringing into the marriage. Items in the marriage dowries included fields, clothes, animals, decorations, utensils and more. It is interesting to note that in the majority of cases, residents of the cave got married to people outside the cave, such as Rabat, Żebbug, Mosta and Siġġiewi.
The cave complex of Għar il-Kbir, consisting of numerous interconnecting caves, was inhabited by people till 1835, with the heyday of population in the 1600s. Whilst the ceiling of the cave has collapsed due to bombs thrown by the British to make the cave unhabitable, today some features of cave dwelling can still be seen. Għar il-Kbir and the surroundings are one of the sites visited during the free eco-walks organised by The Cliffs Interpretation Centre.