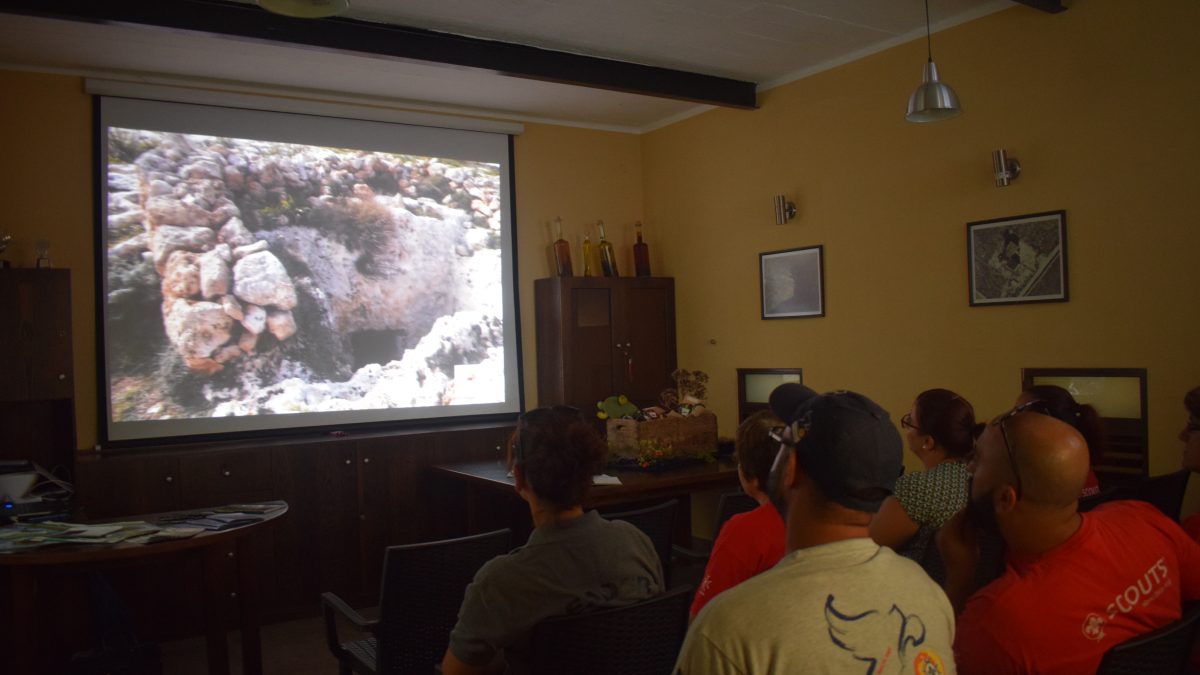 The Cliffs Interpretation Centre is located in the middle of the largest stretch of Natura 2000 in the Maltese Islands. The stretch entitled ‘Rdumijiet ta’ Malta: Ir-Ramla ta’ Għajn Tuffieħa sax-Xaqqa’ occupies 15km2 and supports several rare habitats and endangered species. In 2015, the management plan of this Natura 2000 area has been established to formulate a management approach of the site, with the aim of involving stakeholders and ensuring sustainable natural resources.

The Cliffs Interpretation Centre is described as a mixed land use since it “is a community and conservation service due to its didactic value” (Pg 82). The Cliffs Centre is listed as one of the educational sites within the Natura 2000 area, together with other centres and schools. The Discover Dingli Cliffs tours offered by The Centre serve as both educational and recreational services.

The management plan also observes the related historical ties of The Cliffs Centre to the British Navy, since the interpretation centre is built on the already committed site of the TACAN, a British military structure build in the 1960s and left unoccupied with the departure of the British. Two rooms within the original building were restored to retain the structure of the previous use.

One of the actions proposed for the site is the “Lobbying with site stakeholders and users for the conservation management of the site.” The involvement and engagement of local farmers, land owners, site visitors and the tourism sector is encouraged so as the protected site is better protected. “Other entities that should be utilised for the success of this action are…the Cliffs Interpretation Centre, all present and operating within the site.” (pg. 300). The Cliffs Centre has already been involved in acting as a stakeholder intermediary and neutral ground for several meetings.  In fact, The Cliffs Interpretation Centre has been selected as an ideal location for two (2013, 2014) stakeholder workshops related to the N2000 site in which it is located, and it was invited for another stakeholder event (2013).